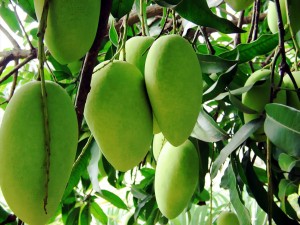 Mango (Mangifera indica L Family Anacardiaceae) is the second largest fruit crop of Pakistan. At present it is grown on an area of 170.1000 thousand hectares with production 1727.9000 thousand tones (Agricultural Statistics of Pakistan 2008-09). The area under mango crop has increased but the rise in production is comparatively slow. The main mango growing districts in the Punjab province are Multan, Bahawalpur, Muzzaffargarh and Rahim yar Khan. In the province of Sindh it is mainly grown in Mir pur Khas, Hyderabad and Thatta in the province of NWFP it is grown in D.I Khan, Peshawar and Mardan. Mangoes have been produced in Pakistan for well over two thousand years, and the country is now the sixth largest producer in the world behind India, China, Mexico, Indonesia and Thailand (FAO STAT).

The climate of Sindh gets warmer about one month earlier than the Punjab which has given the province the privilege to grow early varieties of mango. Subsequently, a new trend of growing late varieties in Punjab has received a wide popularity which has extended the market period and added to the exportable surplus.

Pakistan mangoes are sweet, aromatic, yellow skinned and soft. This delicious fruit is nutritionally superior, source of several vitamins and minerals. Mango farms range in size from less than 2ha to more than 400ha. It is very much unfortunate that mango industry of Pakistan is poorly developed. Production, post harvest and marketing systems are poorly developed and returns are distributed quite unevenly, favoring middlemen. Fruit quality is generally poor and 30 to 40 per cent of fruit is wasted in the harvest to market system. Modern infrastructure for cool storage, grading, post harvest treatment and transport is almost non-existent. Orchard owners do not take care of their orchards; they simply sell the fruit of the orchard to the contractors. So, very few mango farmers in Pakistan are responsible for selling or marketing their own crop. There is no processing plant installed to properly process mango for export.