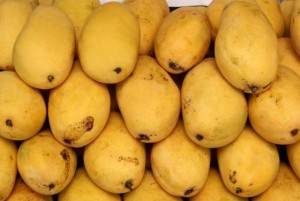 Pakistan, the land of Indus valley civilization, has the total geographical area of 796,096 square kilometers. Pakistan has always been known for its fertile land. And it is because of this land that agriculture is one of the four major drivers of growth. Most of the areas in the Punjab and Sindh provinces are comprised of plain land, formed by the River Indus.

Developing countries have yet to reap the full benefits of globalization and are lagging far behind the developed countries. Developing countries have been bypassed by the global economy due to geographical handicaps, civil wars and poor governance. Institutions in Pakistan are always under structural adjustments, lacking in physical infrastructure and short of skilled manpower and lagging in technical know how. Private businesses face high transaction costs, and the security of property is inadequate. Globally, those characteristics have been associated with slow economic growth and declining shares of world exports. Moreover, Pakistan faces external hurdles in the form of protected and subsidized markets in developed countries and the formidable competition of China, India and other established Asian exporters.

The linkages of exports to growth and poverty reduction differ, in some cases operating mainly through employment and learning effects at the firm and industry level, in others through expanded financing for public infrastructure or imported capital equipment, and in others through the use of export promotion to achieve focused improvements in public services and the business environment. The strength of those channels, and the time scale over which they operate, also differ. Substantial near-term opportunities are open to coastal and labour-abundant economies, while greater challenges face landlocked and resource-scarce economies.

Agriculture plays an important role in the economy of Pakistan because most of the rapidly increasing population resides in rural areas and depends on agriculture for subsistence. The agriculture sector’s dependence on nature causes fluctuations in supply conditions of primary products, thus making export receipts unstable. Also, primary products are known to have low supply and demand elasticities. Although the supply constraint rather than external demand constraint has been considered an important factor inhibiting the growth of agricultural exports of developing countries, much of the debate on these issues hinges on the adequacy of empirical evidence on the quantitative significance of various factors affecting supply and demand for agricultural exports. The export supply function indicates the relative influence of relevant price and non-price factors and associated policies in stimulating the supply of exports. 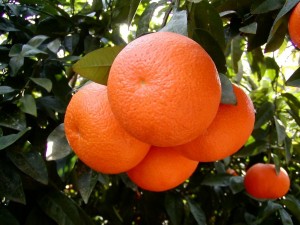 Despite of an impressive increase in Pakistan’s agriculture production, it has not resulted in improving the living standards of the rural population to the extent desired. One of the factors is the relationship of the rural population with land. Since independence Pakistan has tried thrice to implement land reforms by limiting land ceilings and giving land to the tillers. All these efforts had a very limited effect on redistribution of land.

Horticulture is an important sub-sector of agriculture and plays a vital role not only in rejuvenation of rural economy but also in improving human nutrition which is often deficient in ingredients such as vitamins and minerals. Horticultural products, which include vegetables, fruit and cut flowers, have grown steadily and become the single largest category in agricultural trade.

Nature has blessed Pakistan with an ideal climate for growing a wide range of delicious fruits. Thus a very wide range of tropical, sub-tropical and temperate fruits are grown in the country. Over the years, Pakistani experts have developed unique strains of exotic fruit varieties. Pakistan is producing a large variety of fruits on an area of 857∙1 thousand hectares with a total production of 7051∙5 thousand tons. Pakistan exported 465∙9 thousand tons of fruit in the year 2008-09 (Agricultural Statistics of Pakistan).

Global opportunities are extremely varied and sectors with high potential differ across countries, these differences reflect differences in factor endowments, locational advantages, and scale or agglomeration effects. Horticultural production creates employment opportunities for the rural poor, notably women, and has significant impacts on poverty reduction. Also, studies show that households that participate in horticultural production, in both rural and urban areas, earn higher incomes than households that do not.

General situation of the fruit export is not very satisfactory as for every fruit there is glut season, when it is sold cheap, rejected without processing and during the glut on the average 40% fruit is wasted from harvesting to final consumption. The perishable nature of horticultural products and the high sanitary and phytosanitary standards require technical know-how and quality control. The horticulture industry is characterized by rapid structural change, requiring upgrading by producing countries. Increasingly, distribution is dominated by large supermarket chains with exacting quality standards.

Horticulture crop growers do not make money, not due to middle men exploiting them, but the exploitation is due to the fact that growers do not know the proper technologies involved in raising fruit corps, proper harvesting and packaging, transport requirements, marketing and export. Middle man on the other hand is better informed and gets the orchard for harvest at a cheap rate, engages some uneducated rural, rustic labour which is available very cheap, harvest, pack and market it. He is also exporter. Middle man’s own knowledge is also limited and the responsibility of 40% loss of fresh fruits or vegetable lies upon him. For his ignorance responsibility lies on the government which had failed to produce well trained horticulturists and extension workers to help growers in proper harvesting, packaging, transport and marketing.

Citrus and mango are the main horticultural crops which contribute substantially to the national income of Pakistan. Citrus is a prized fruit of Pakistan and holds number one position among all fruits both in area and production in the country. Citrus cultivation is spread throughout the world on both sides of equator. The quality of the citrus fruit varies in different regions. The areas with semi-tropical climate near the southern and northern most latitude limits are the best for commercial production of citrus.Season of Kinnow (mandarin) in Pakistan starts from December and last till April. Kinnow is very delicious in taste and if treated with proper fungicide and wax and careful handing and storing of Kinnow at about 4 Degree Centigrade can retain it’s freshness until 2 months.

Pakistan stands among the top ten citrus growing countries in the world. Kinnow is grown primarily in the plains of Punjab province of Pakistan. Due to the inherent good quality of taste, foreign fruit vendors generally prefer Kinnow from Pakistan.