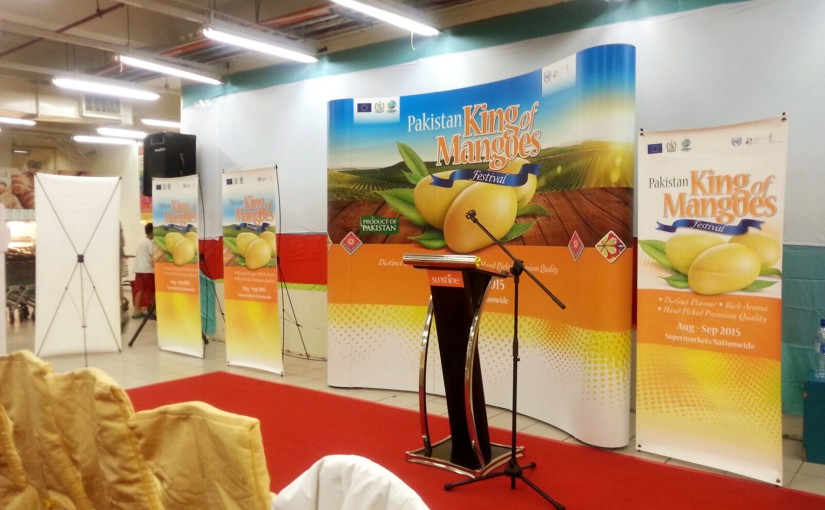 Following the launch of the Pakistan King of Mangoes Festival in Kuala Lumpur, Malaysia, the campaign to promote the Pakistan Mango has now moved north to Malaysia’s second largest city, Penang.

Organized by the Trade Development Authority of Pakistan (TDAP) in collaboration with the European Union (EU) funded Trade Related Technical Assistance (TRTA II) Programme, the objective of the festival is to brand the Pakistan Mango. By elevating the public’s perception of the Pakistan Mango, consumers will come to value it not just as a quality product but as a premium brand that stands out from other mangoes.

A special event was held on August 15th at the Sunshine Square Mall to launch the festival in Penang. The event was officiated by the Pakistan High Commissioner to Malaysia, Syed Hassan Raza with dignitaries from Malaysia, Indonesia and the United Kingdom in attendance, along with Kit Chan representing the TRTA II Programme.

The event saw a large turnout from the local media as well as consumers attracted by the Pakistan mangoes on display. Colorful advertising displays promoting the festival and sampling booths offering consumers a free taste of the mangoes gave the event an air of exciting anticipation.

Stating that the mangoes would be sold at competitive prices, Syed Hassan Raza said that the strategic approach of the promotion campaign was to raise awareness of the unique attributes of the Pakistan Mango among consumers, and to make them widely available in the mainstream supermarkets.

With a solid foothold established by the festival with local retailers and consumers, TDAP is confident that the Pakistan Mango will see even greater demand and interest from Malaysians in the coming years. 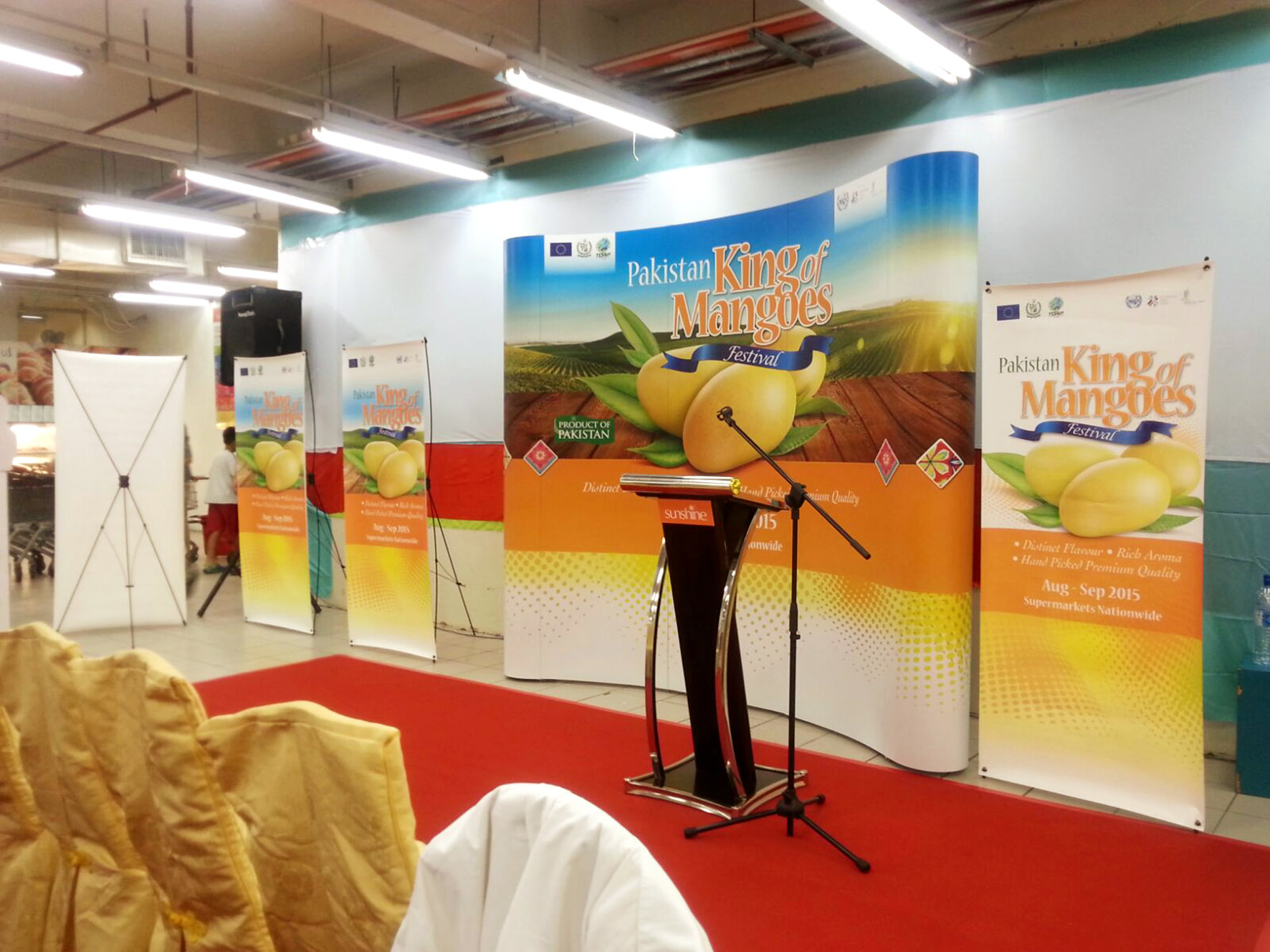 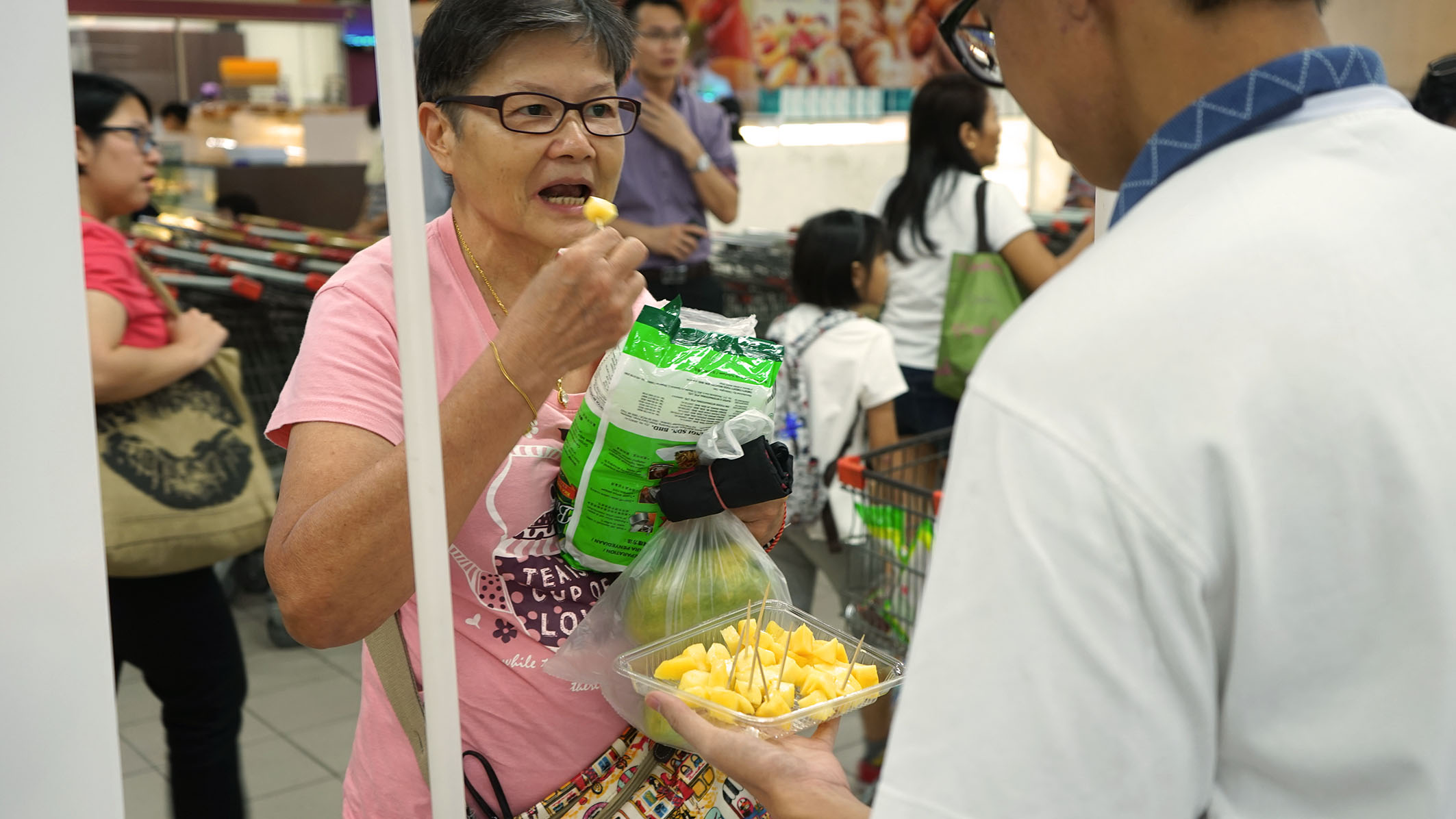 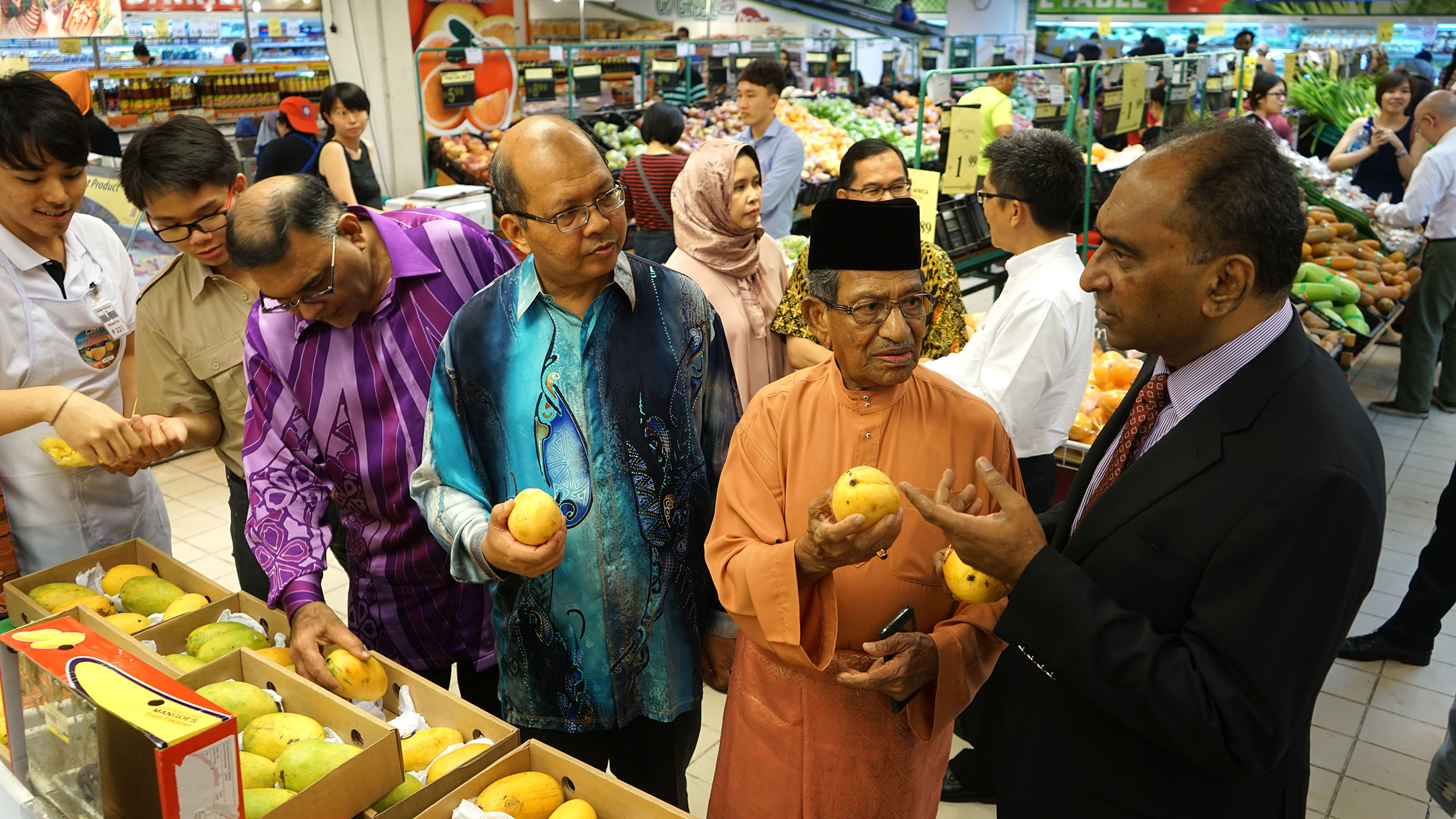 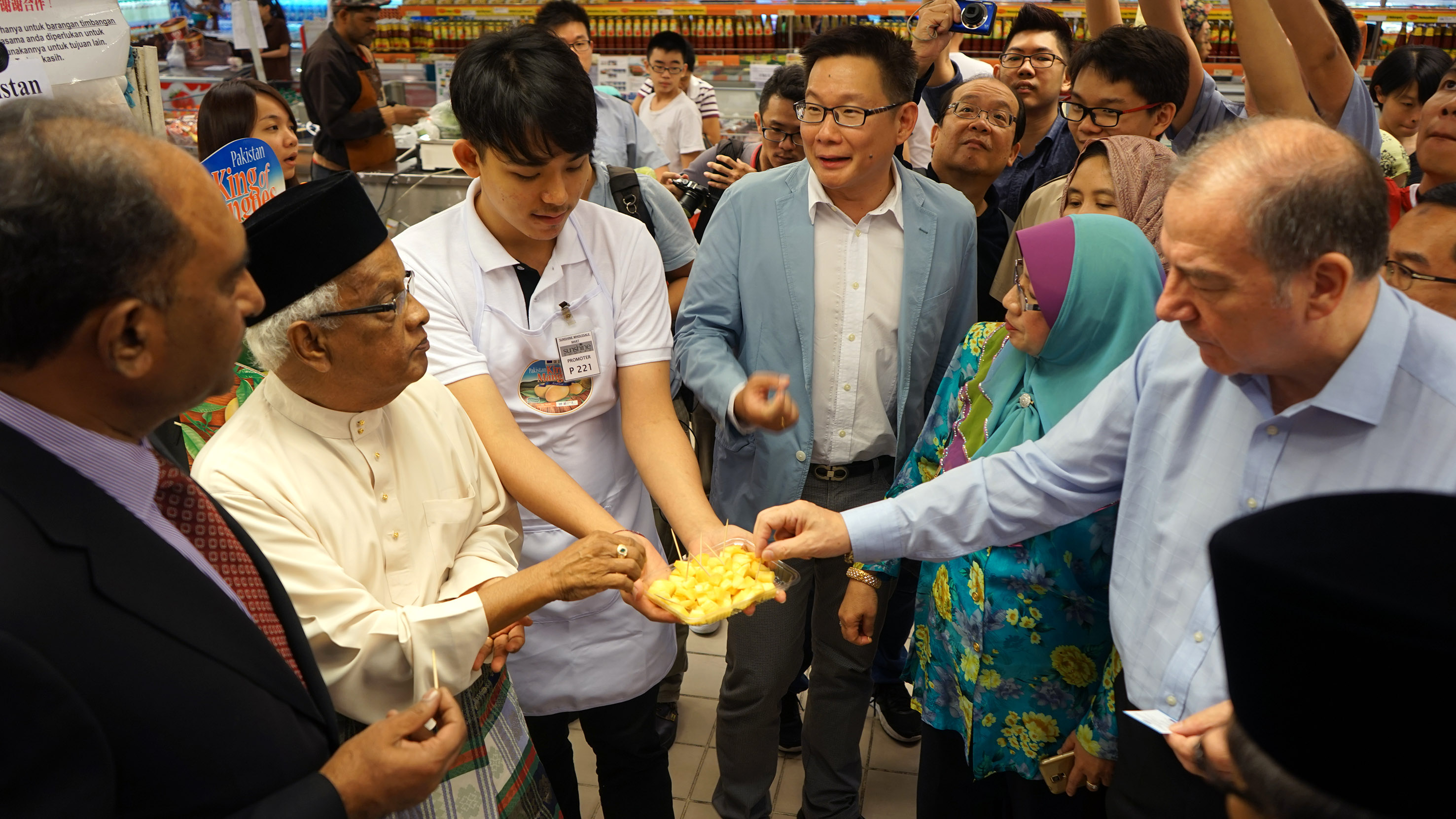 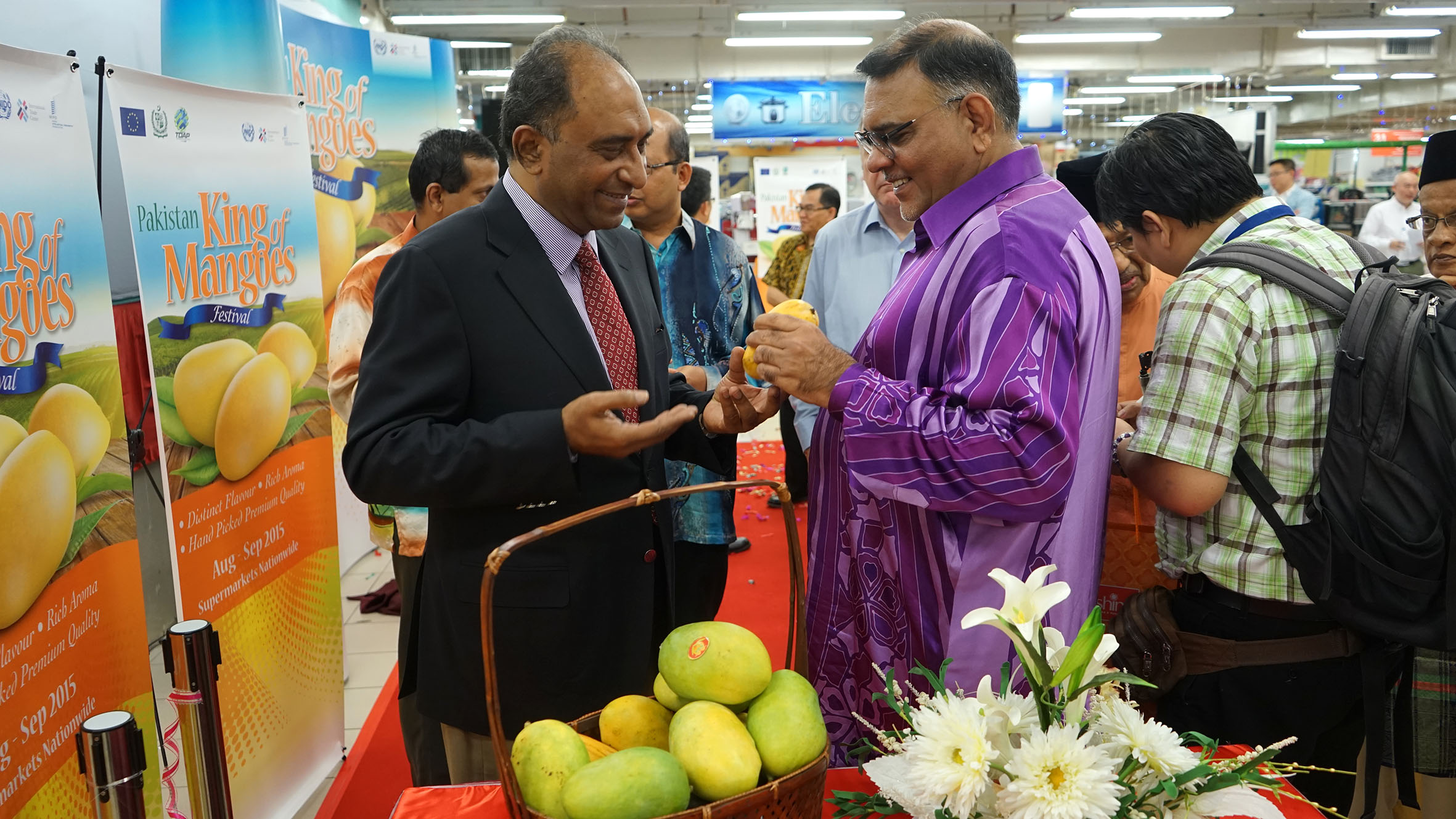 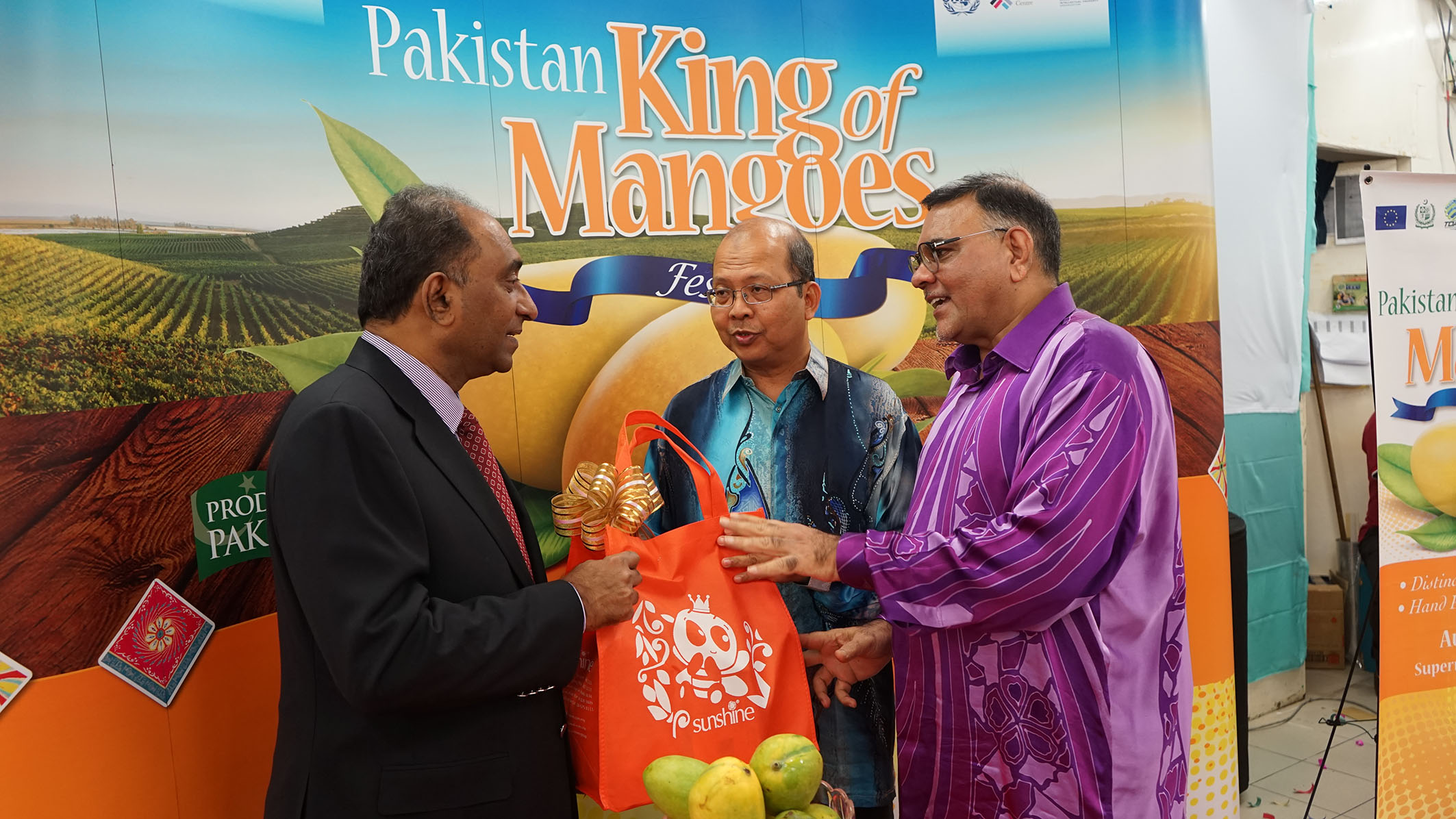 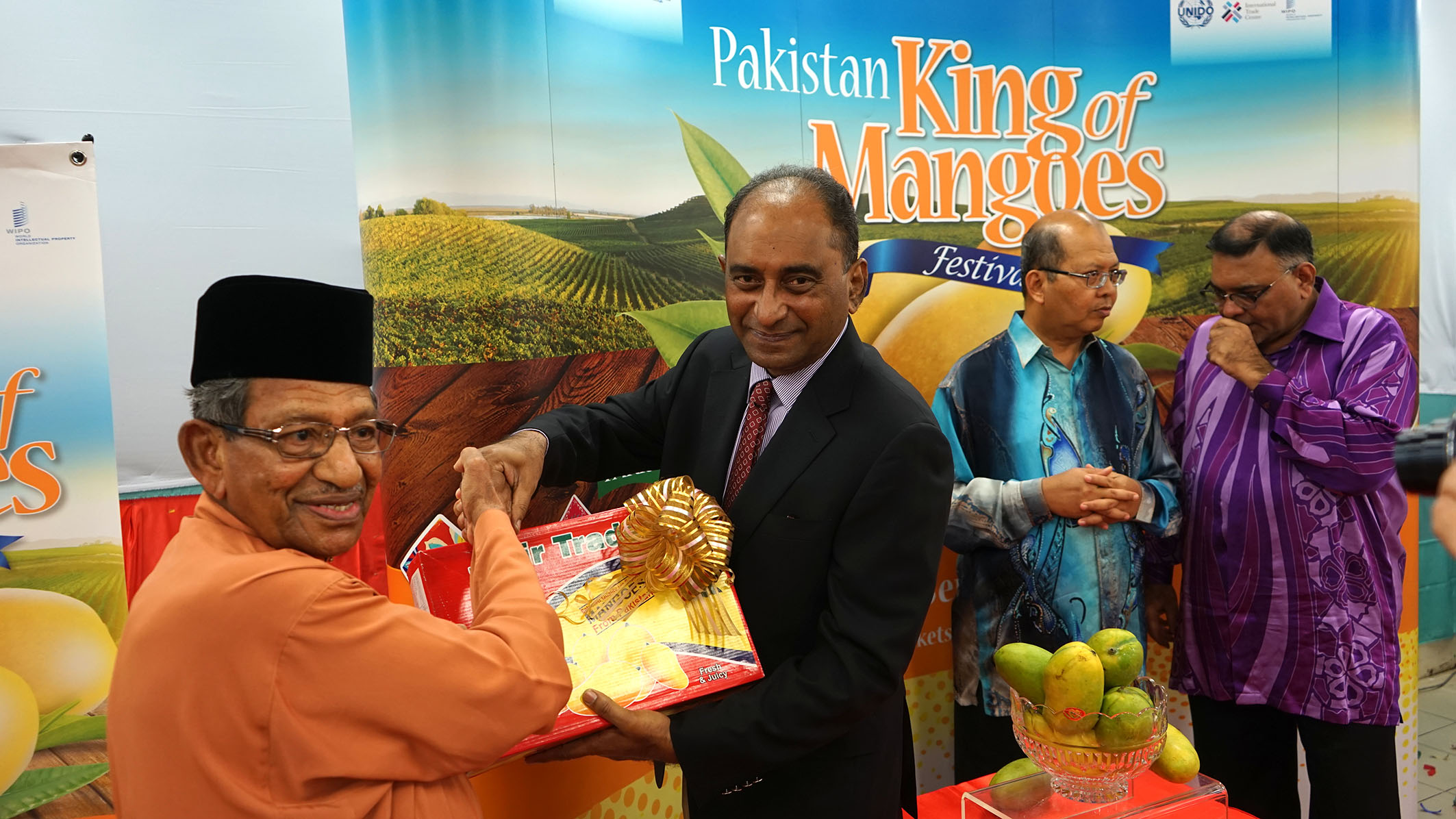 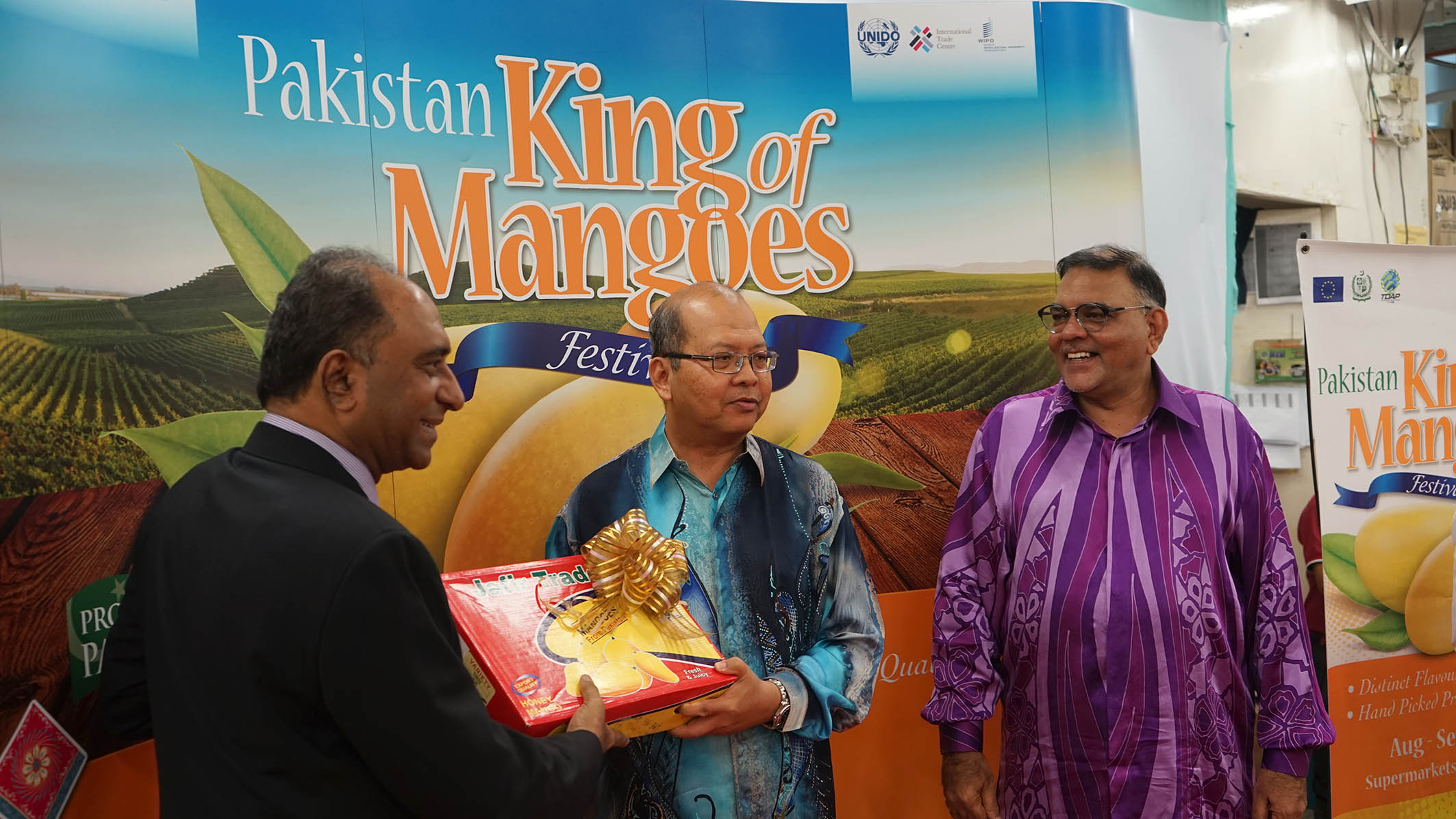 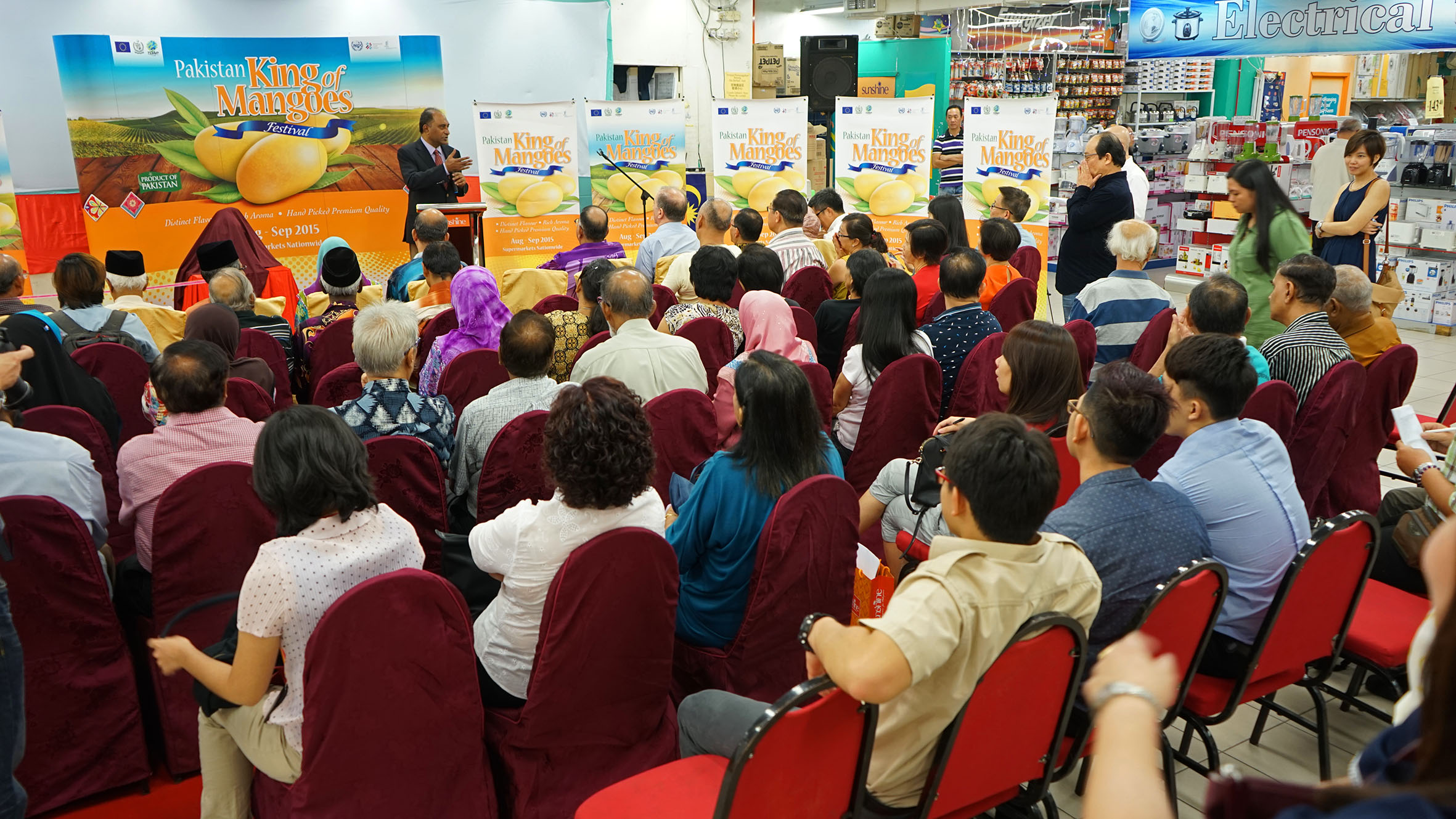 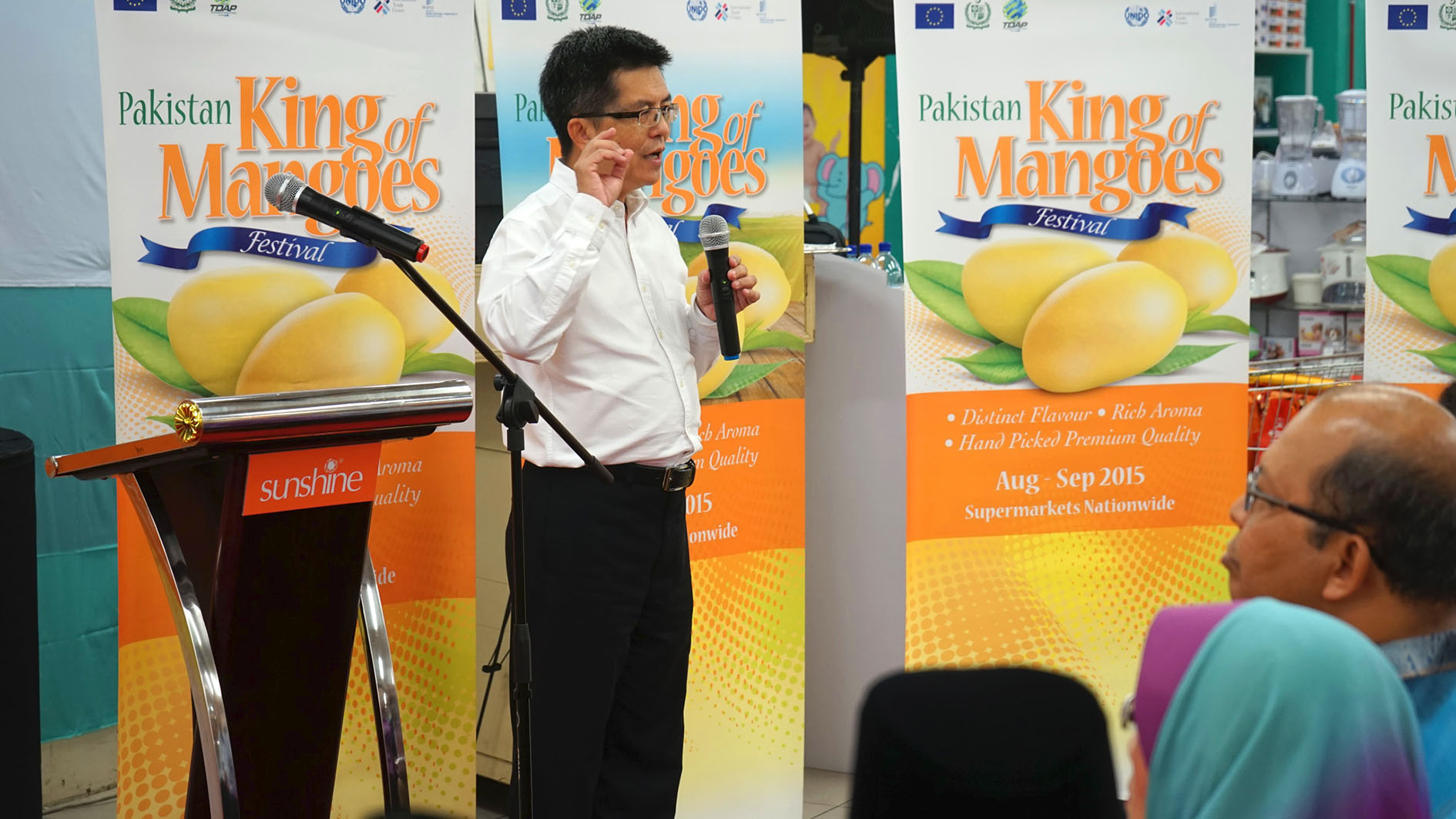 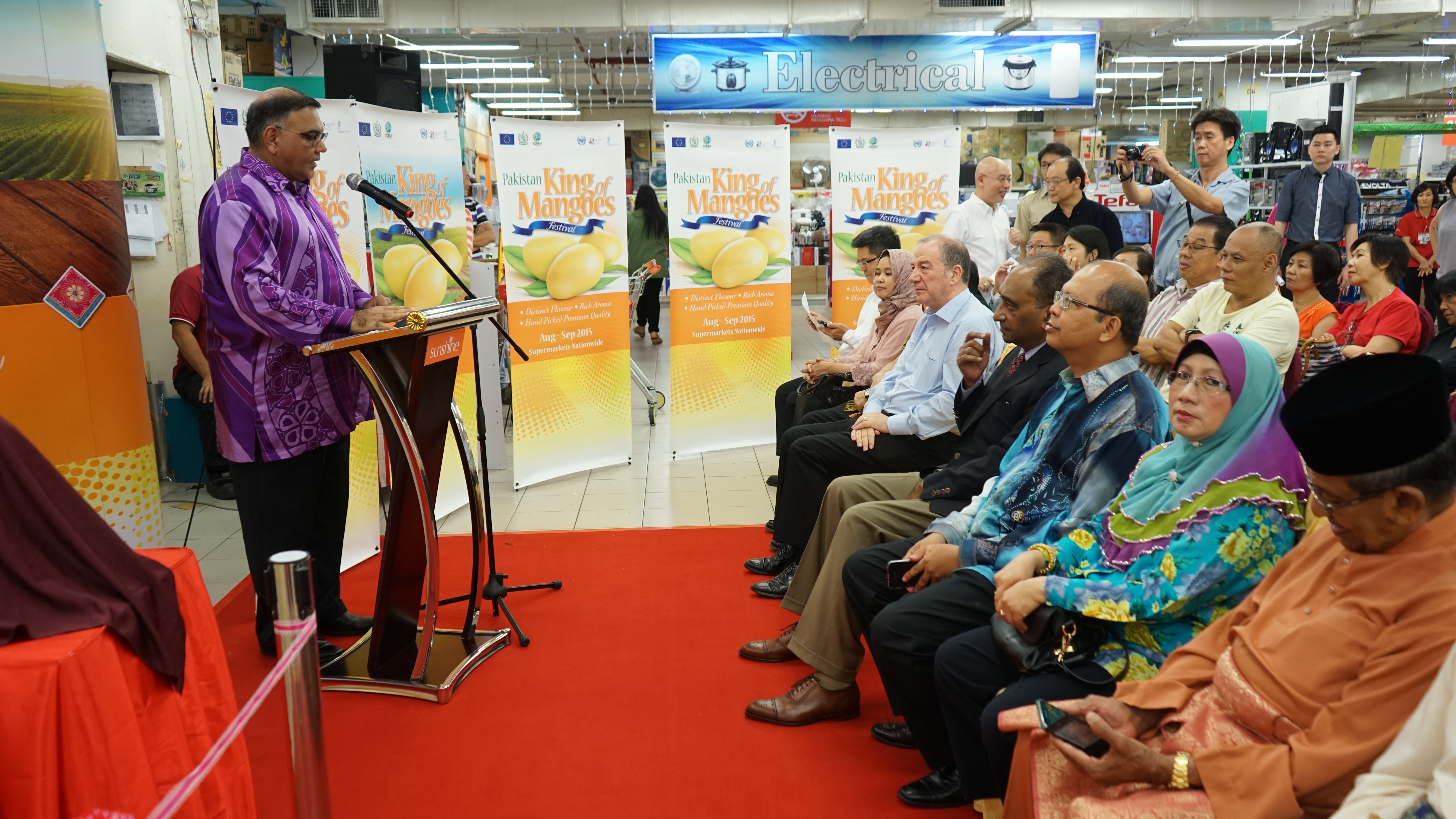 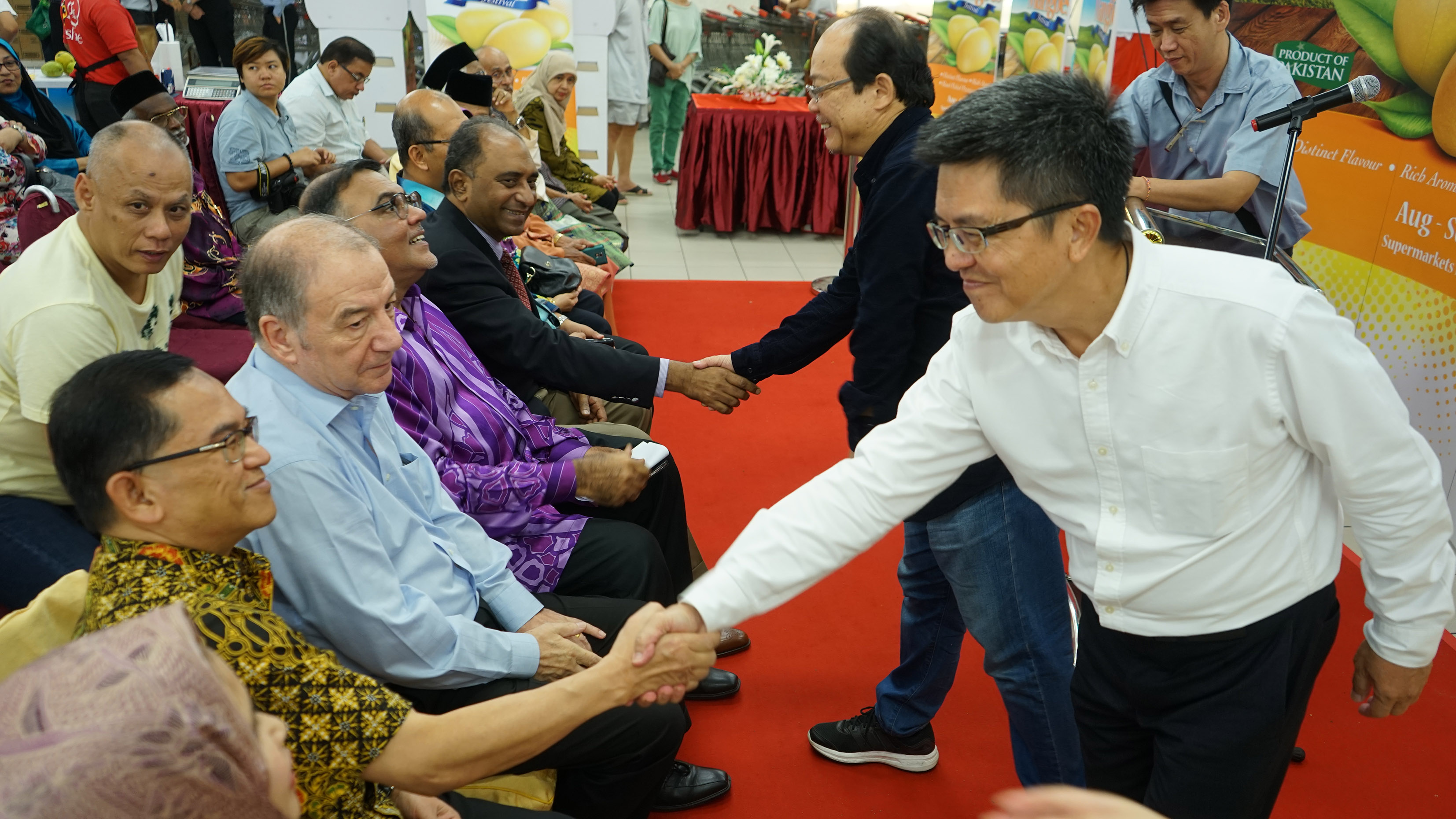 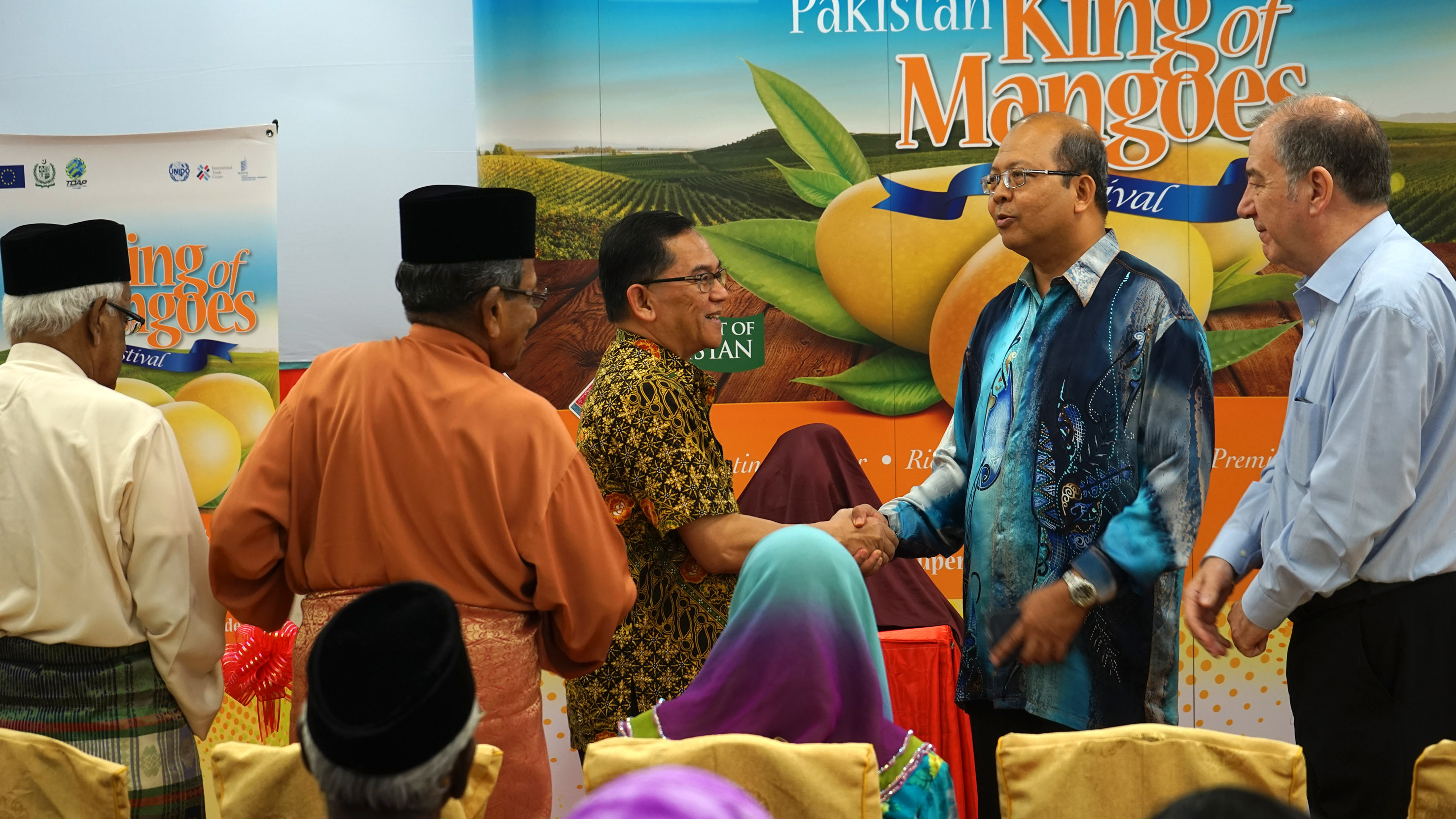 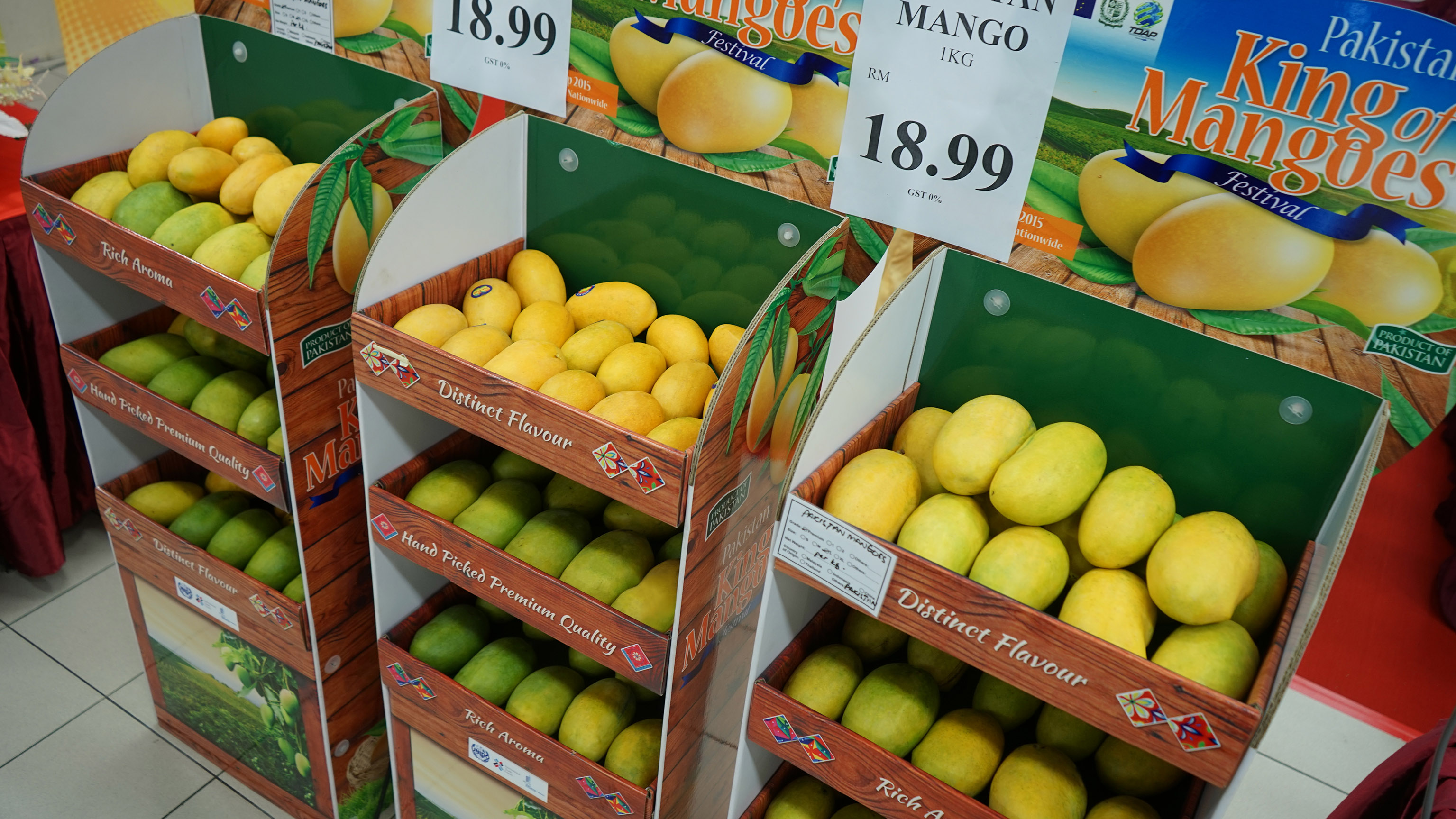 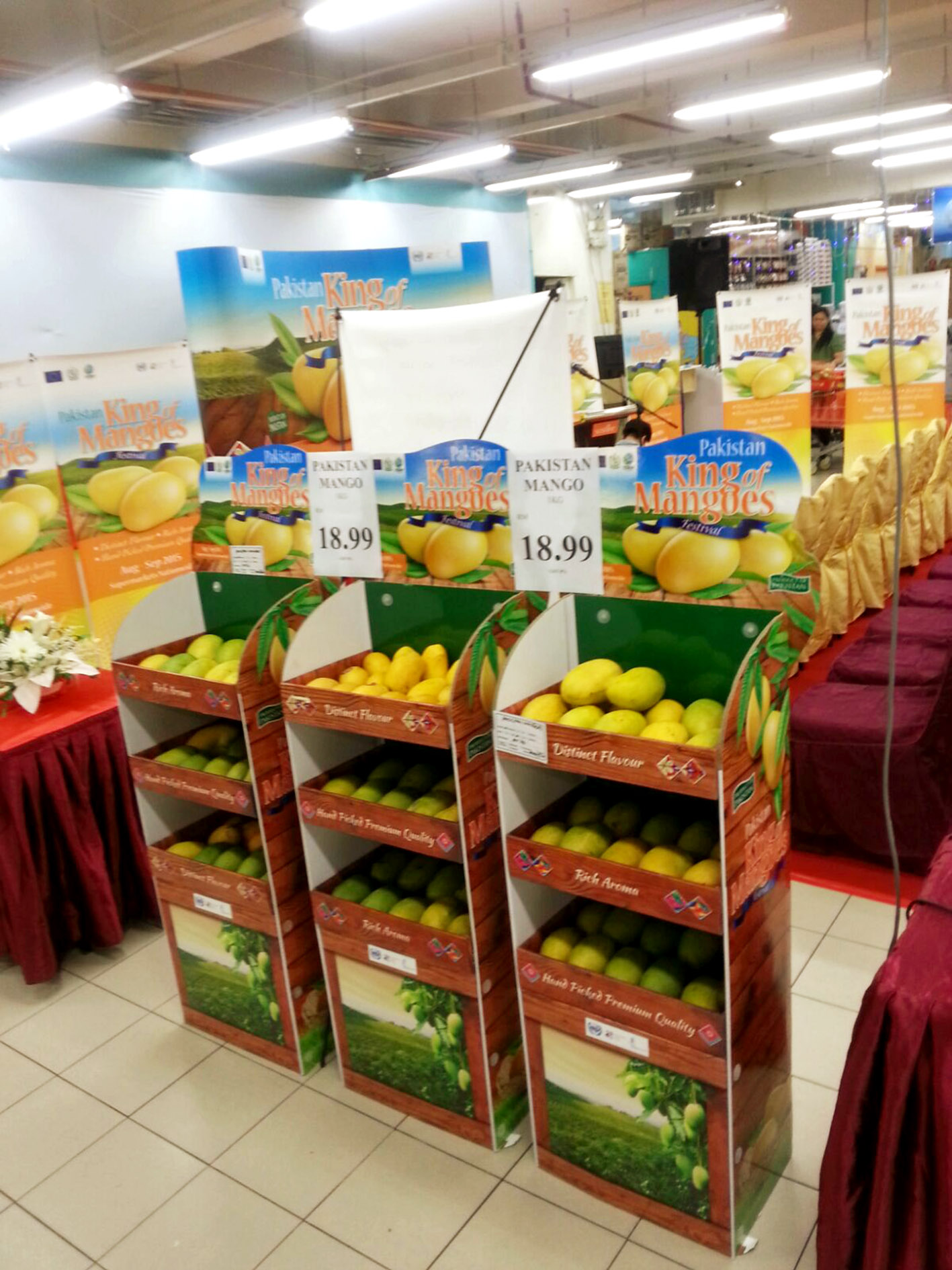