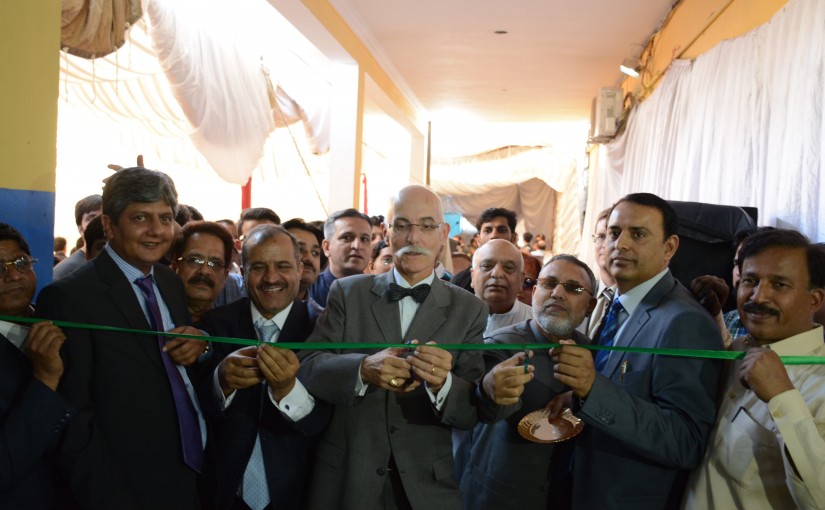 In his welcome address Mr. Khalid Mughal said ” The benchmarking study conducted under EU funded TRTA II Programme implemented by UNIDO and the technology up gradation intervention would prove to be key endeavors in bringing about enhanced export regime for the Cutlery and Knives Sector of Wazirabad. We are trying to replicate and upscale this intervention in collaboration with Government and donor agencies. I congratulate the team of TRTA II Programme on achieving this key milestone in the cutlery sector of Wazirabad. Introducing the cutlery sector he said, “Due to the high quality artisan abilities in the field of cutlery and knives over the centuries, Wazirabad has become synonymous to the City of Cutlery. The sector consists of more than 500 Cutlery manufacturing SMEs in and around the city of Wazirabad covering an area of 10 square miles. A wide range of products including, swords, daggers, knives kitchen ware and kitchen utensils are being manufactured in Wazirabad. Total export of this industry is around 90 US$ Million while it is providing employment to more than 25000 personnel.

H.E. Mr. Jean Francois assured future support to the Pakistan’s industrial sectors to exploit the full potential of GSP Plus scheme awarded by the EU. In the face of severe competition Pakistani manufacturers need to adopt latest technology to comply with the social standards demanded by the customers of high end markets like EU and USA.

Mr. Esam Alqararah applauded the contributions made under TRTA II Programme and apprised the audience that in view of the benchmarking study the major impediments of the sector were identified as low levels of productivity, inadequate technology up gradation, poor performance management systems and shortage of skilled staff and labor. The sector, indeed, is facing acute labor shortage in grinding and polishing sections. Major reason has been health hazard environment leading to fatal diseases like lung cancer. The new generation is unlikely to adopt the work of their parents (grinding and polishing) and also parents are not in favor to engage their siblings into the unhealthy working environment with stagnant opportunities of growth. The polishing stage is the longest, requires the most number of workers, inefficient, environmentally harmful especially to workers’ health and causes the maximum number of injuries at the work place (health and safety).

Subsequently, TRTA II programme selected two cutlery manufacturing units on cost sharing basis to implement the technology up gradation intervention in their cutlery polishing sections. The beneficiary units have built new production halls or refurbished the existing ones to accommodate installation of polishing machines. They have complied with the recommendations made by TRTA experts in terms of redesigning layouts to rearrange their equipment and machinery in order to maximize the efficiency and reduction of wastages due to non-value added activities like, travelling, work in process, workers’ sitting positions, etc. These activities took a substantial effort and cost on part of the companies.

Major benefits envisaged as a result of this technology up gradation are:

Four members team of the Chinese supplier during the month of February, 2016, has installed, commissioned and trained the personnel of model units on the new cutlery polishing machines. Pakistan Cutlery Association has been apprised on the new technology through the meetings with the Chinese engineers and through the demonstration sessions held at cutlery beneficiary units.

Mr. Abdul Ghaffar Khatak congratulate the TRTA II Programme team in bringing about the much needed intervention in the cutlery sector at pilot level and highlighted the capacity building exercise carried out for the local institutions under this programme. He said, “This is encouraging that Pakistan Cutlery Association (PCSUMEA) has developed a PC-1 through TUSDEC following the model of TRTA II programme to upgrade the technology in other cutlery manufacturing units of the sector making this intervention sustainable and impactful.”

A MoU was also signed among the TRTA II Programme, PCSUMEA and the Cutlery beneficiary units to strengthen the collaboration and to replicate and upscale the interventions made under TRTA II Programme. 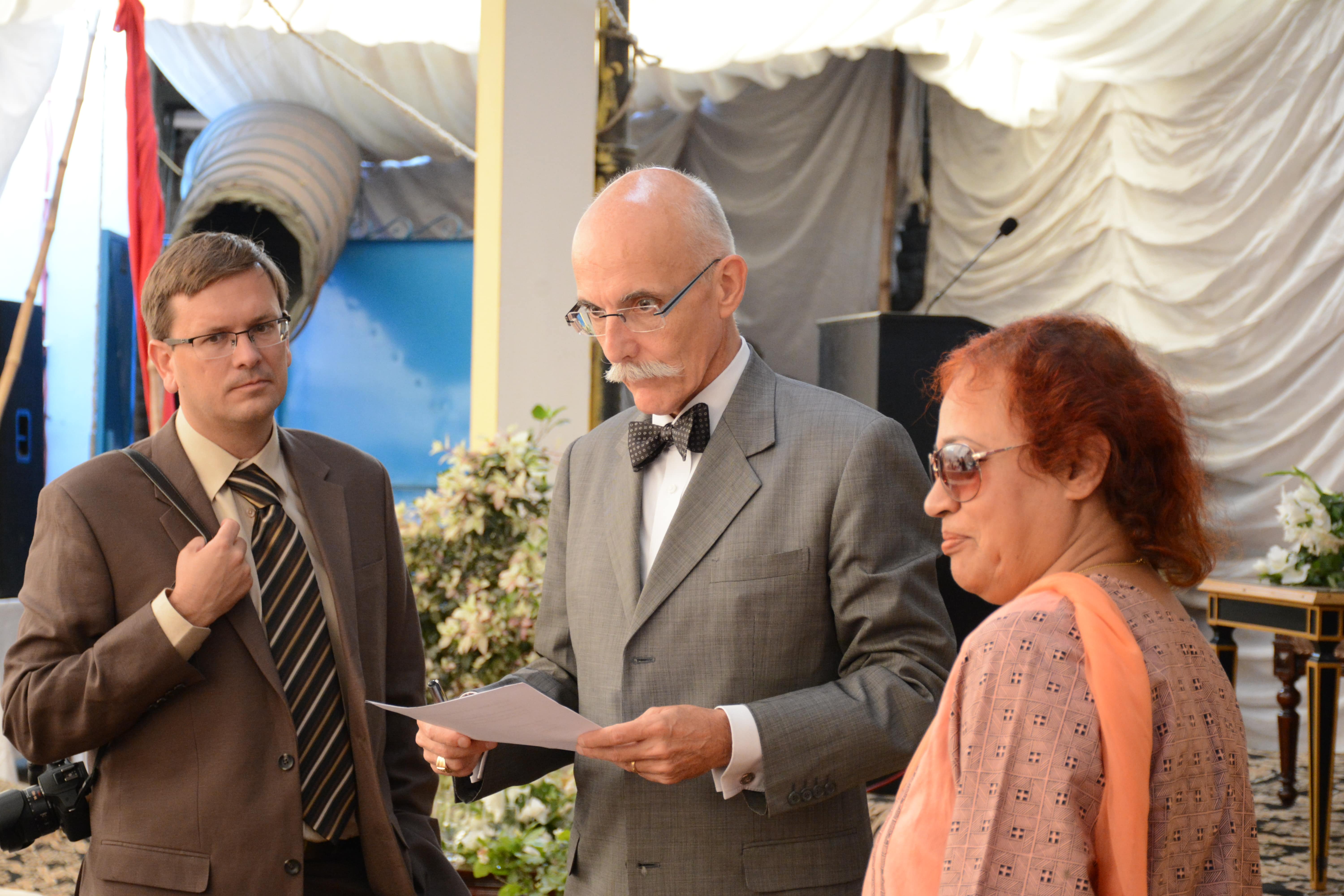 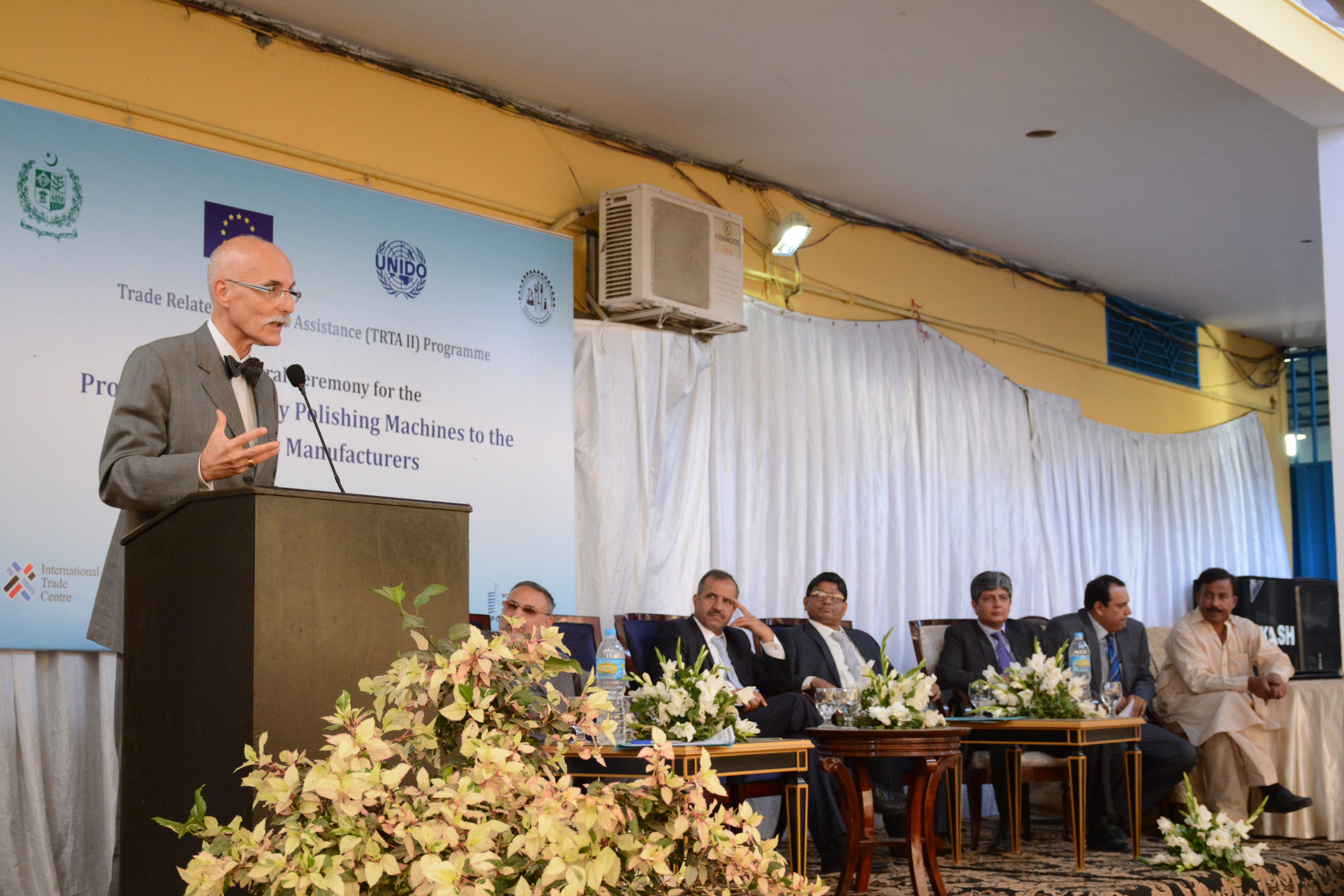 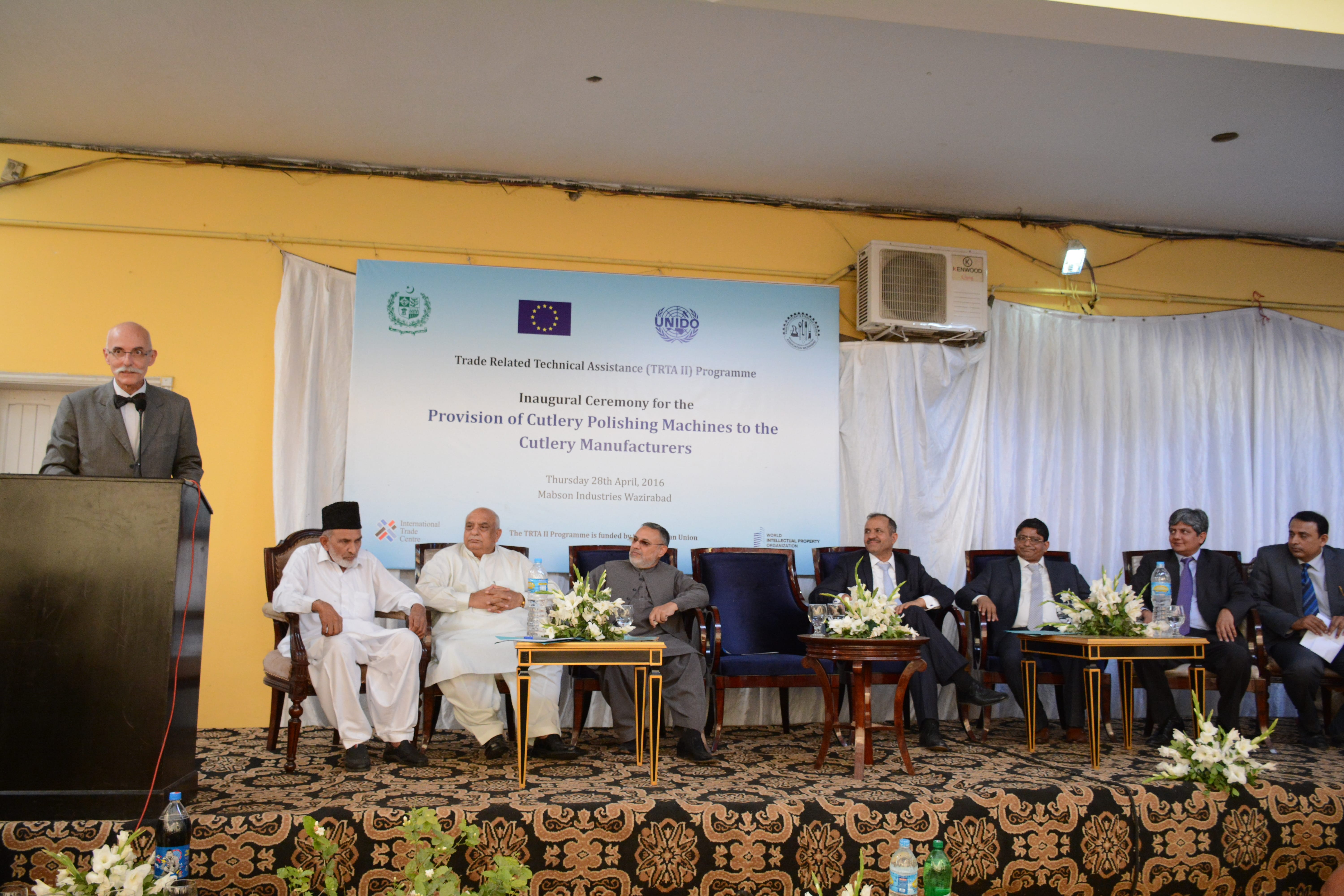 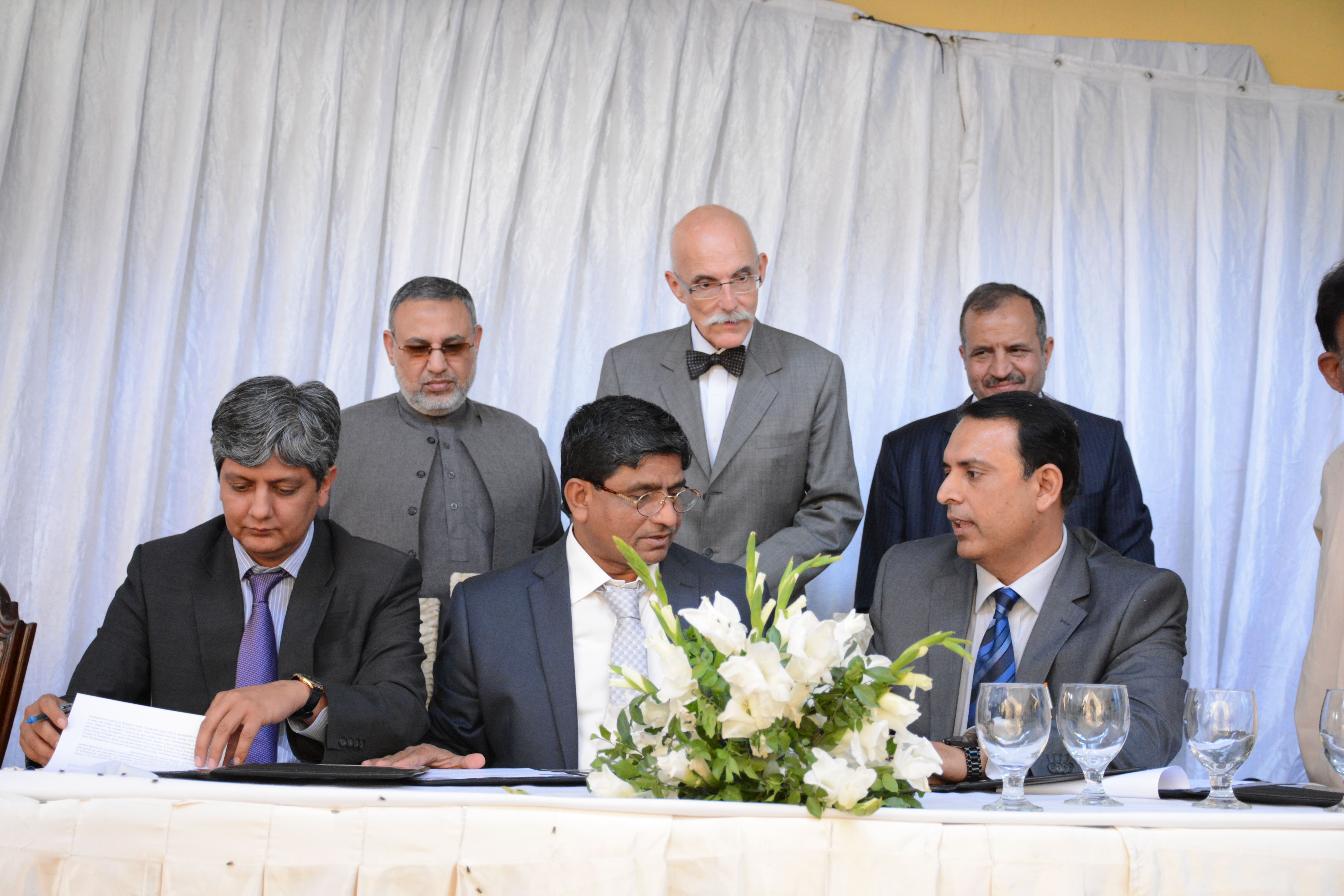 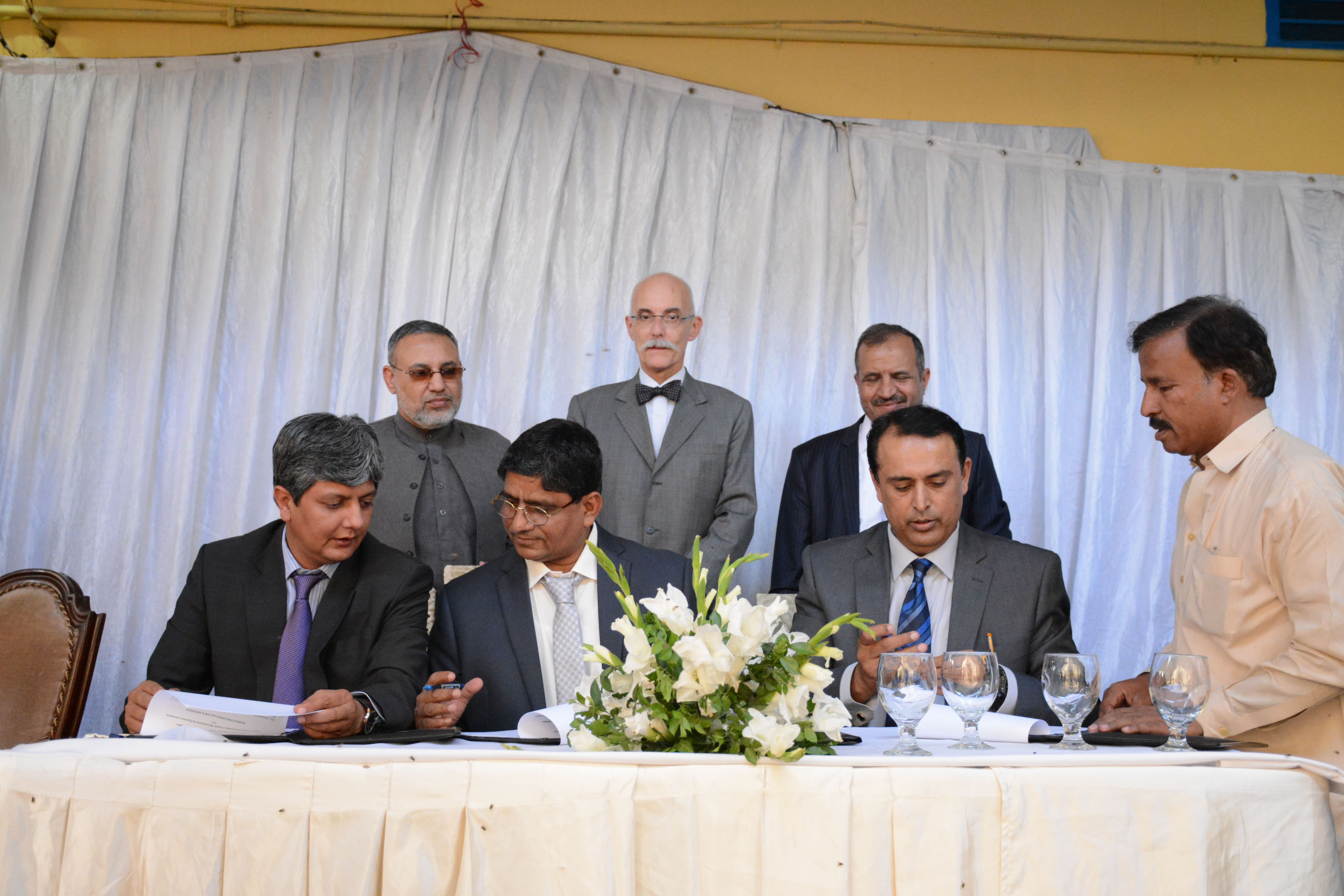 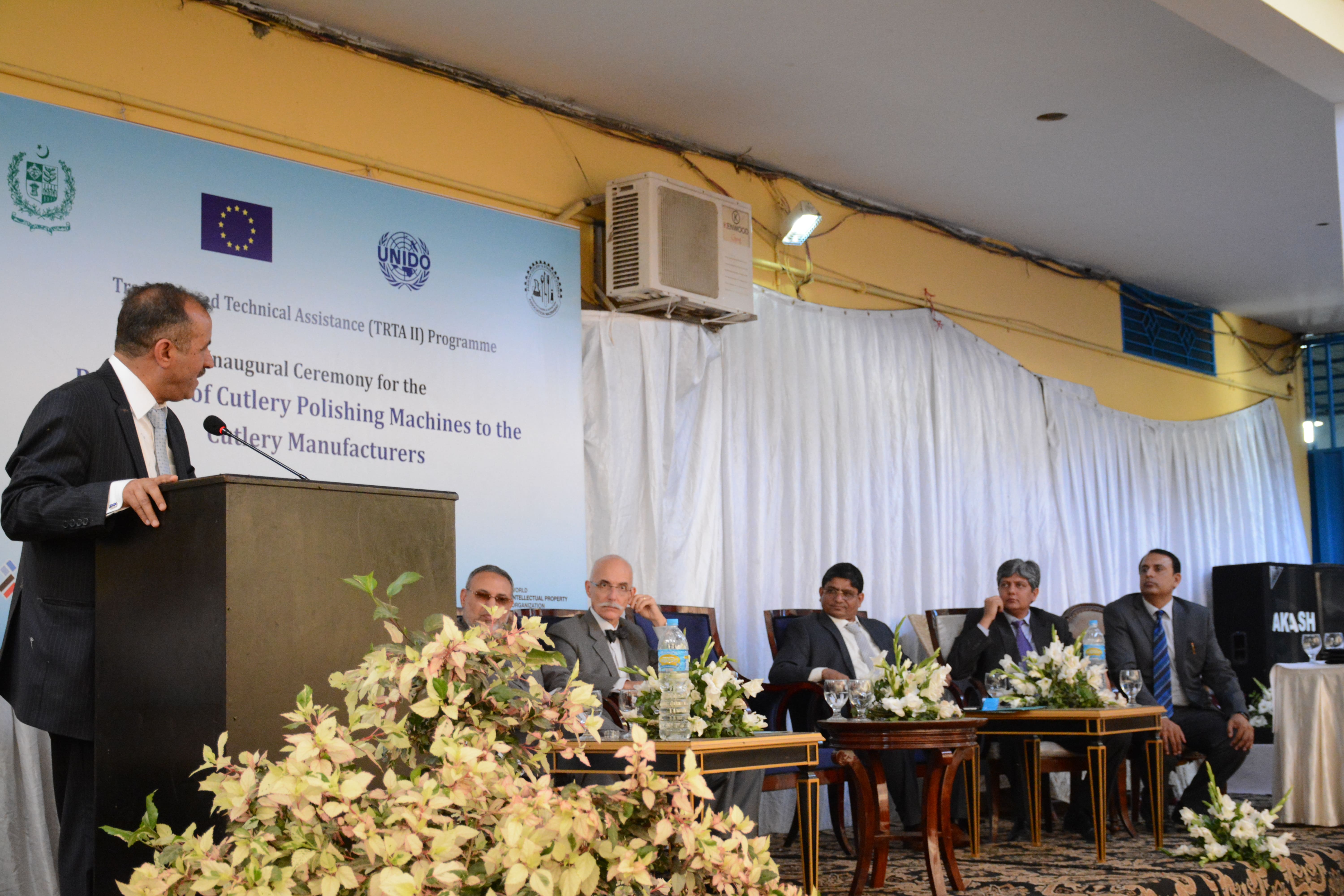 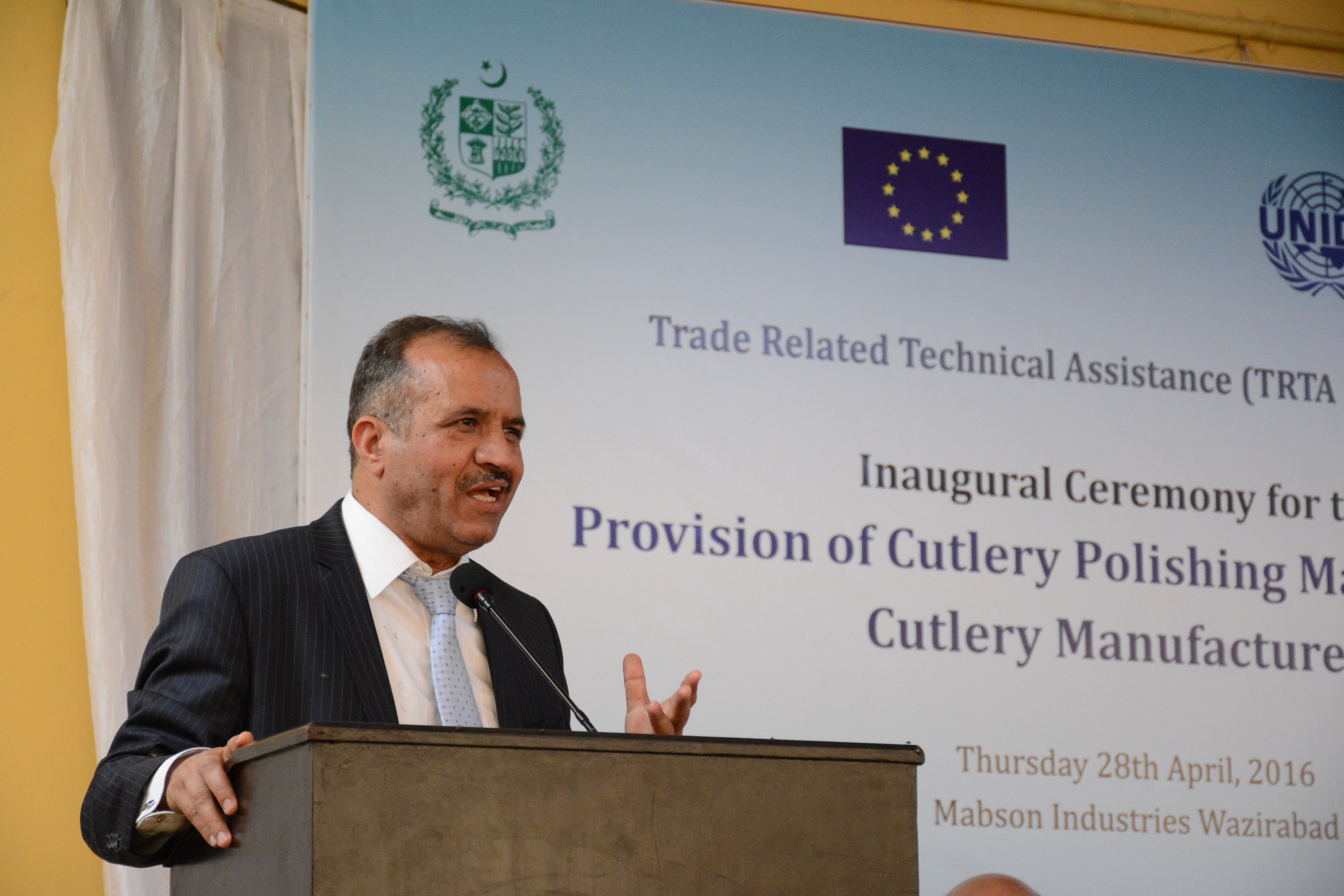 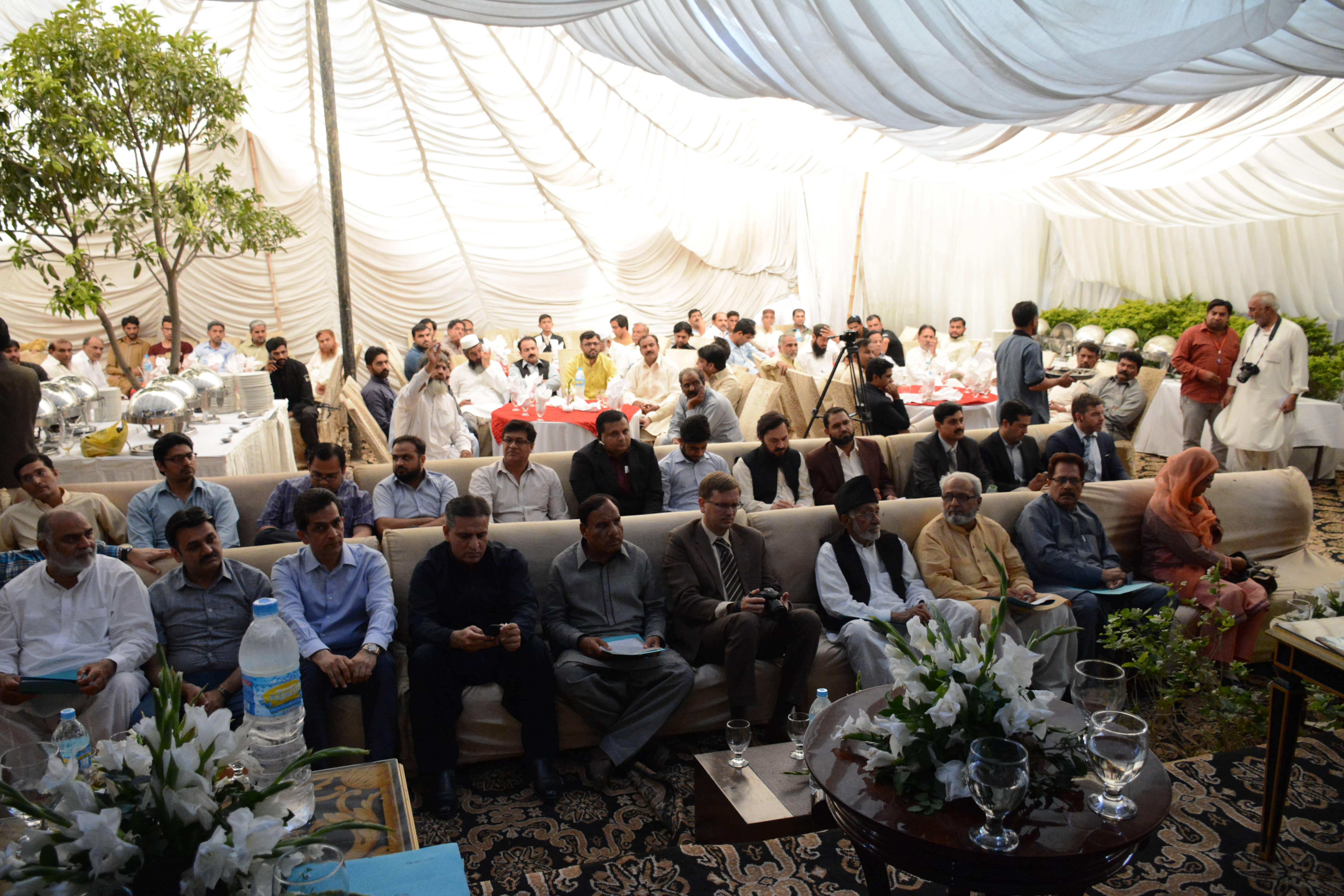 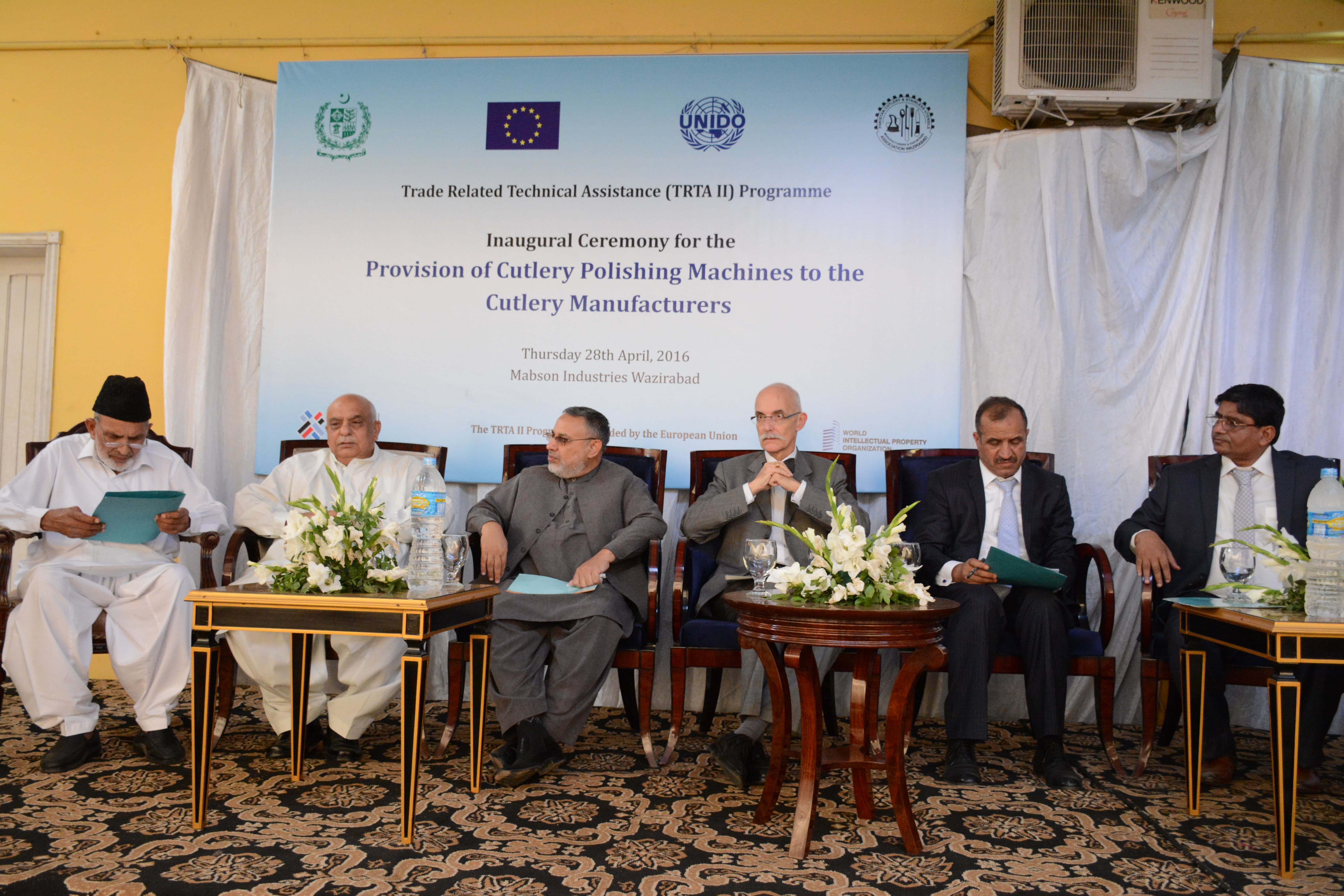 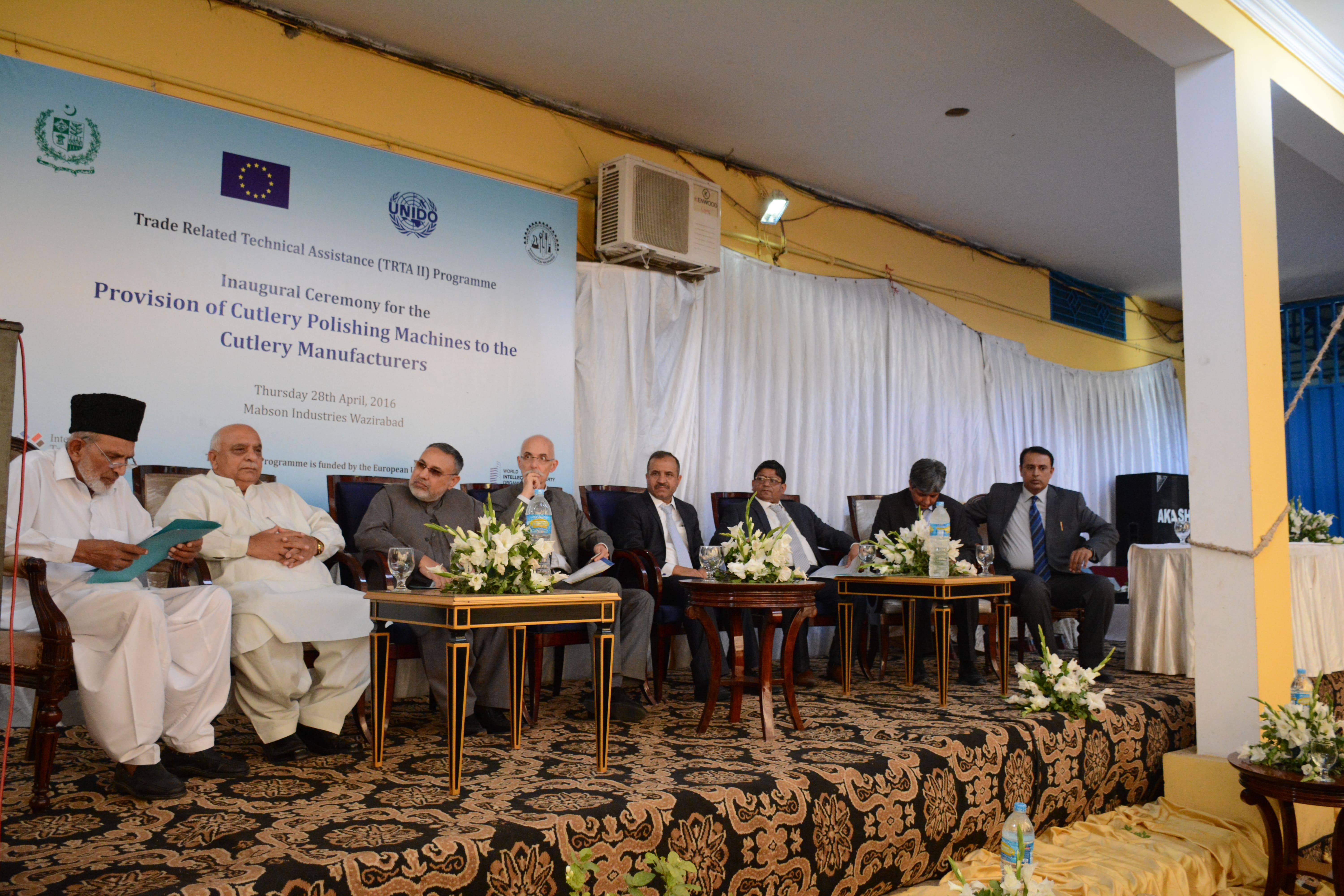 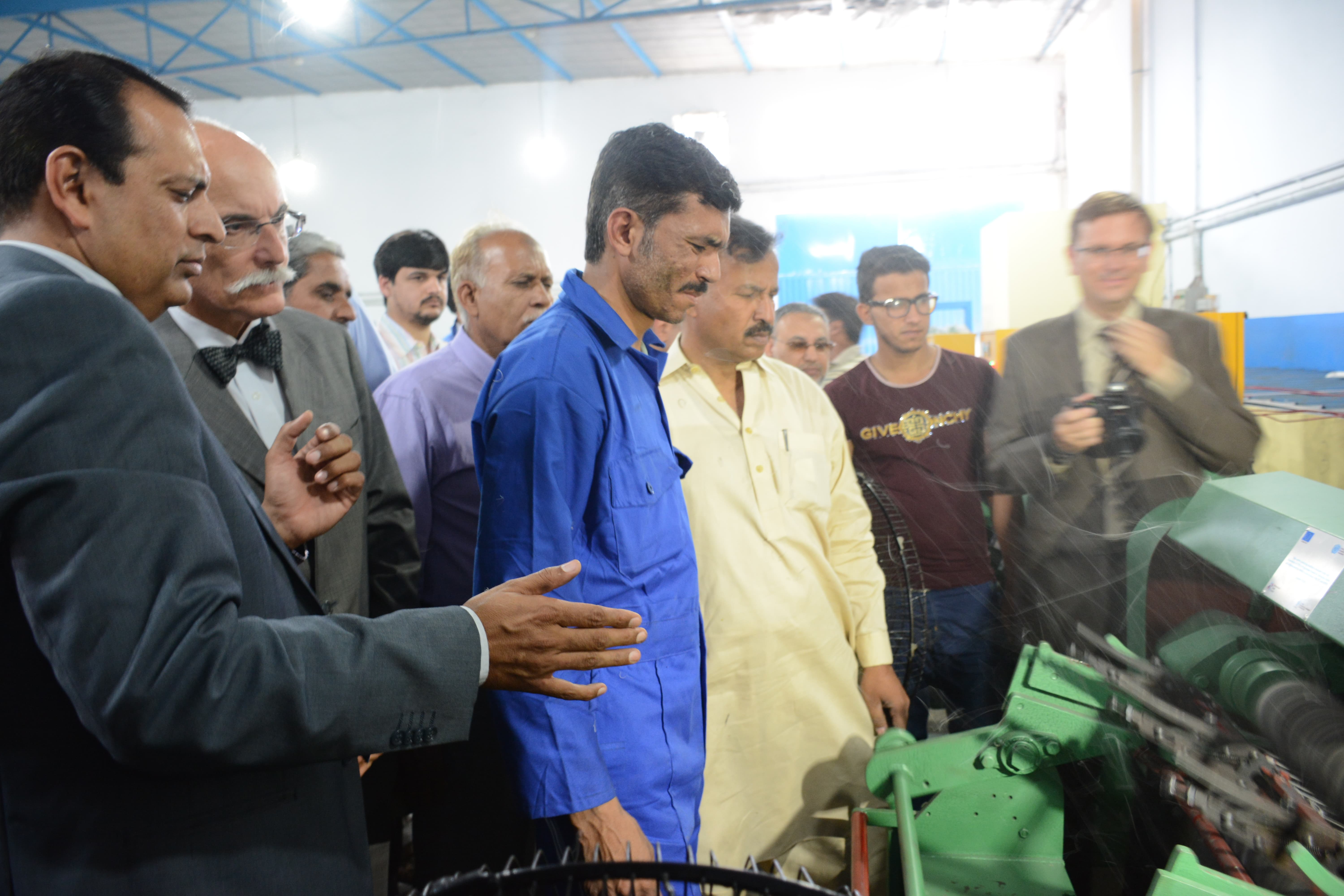 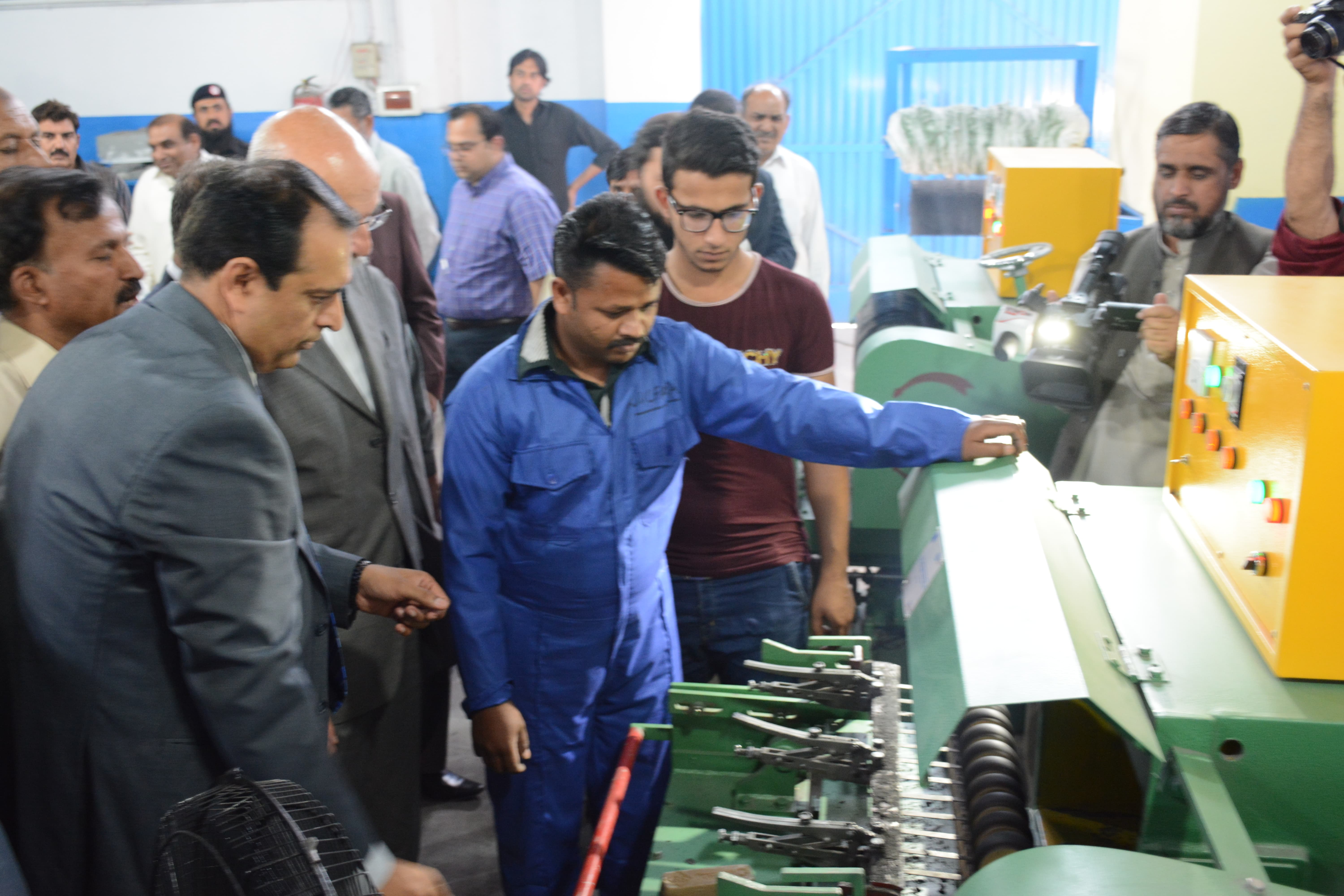 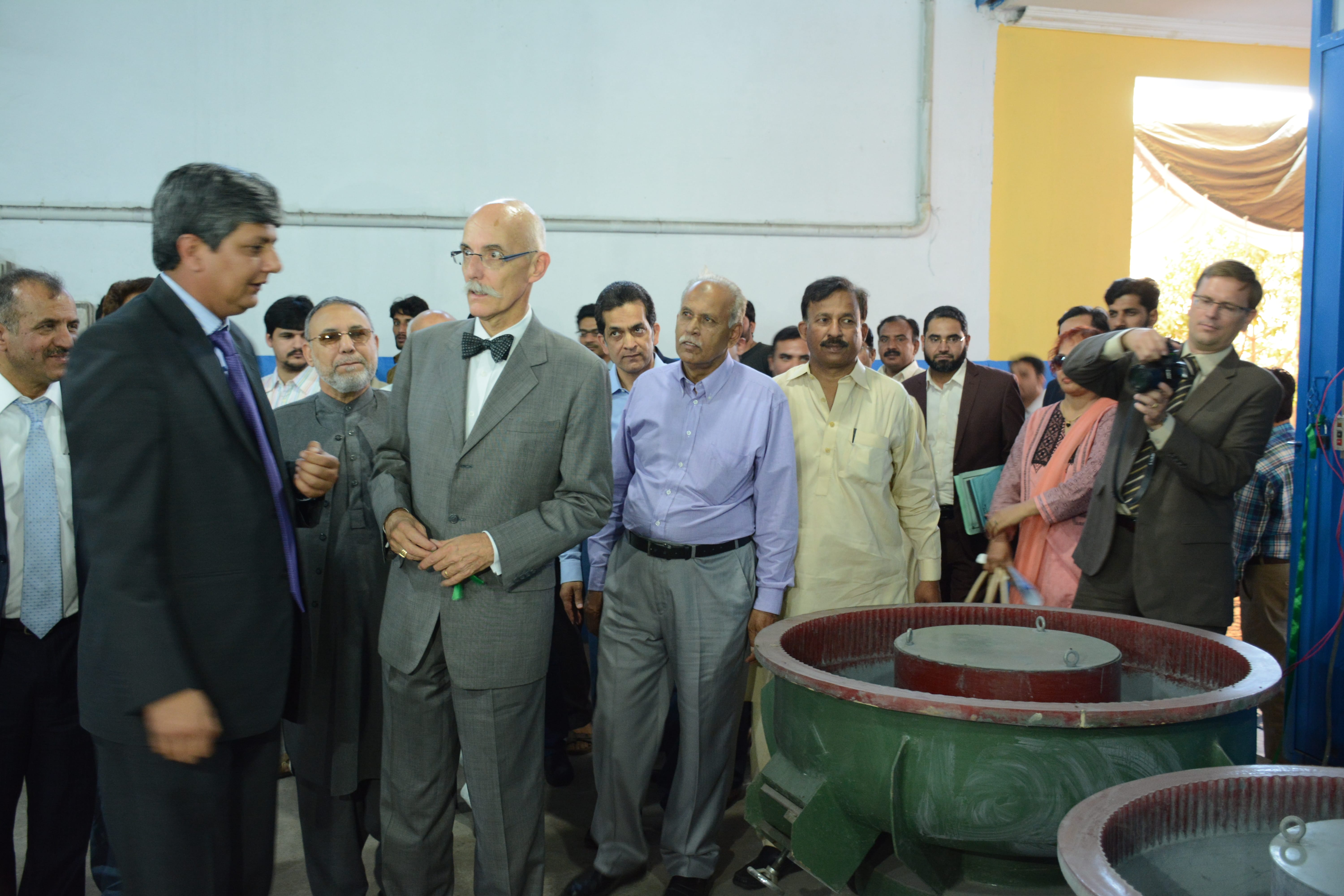 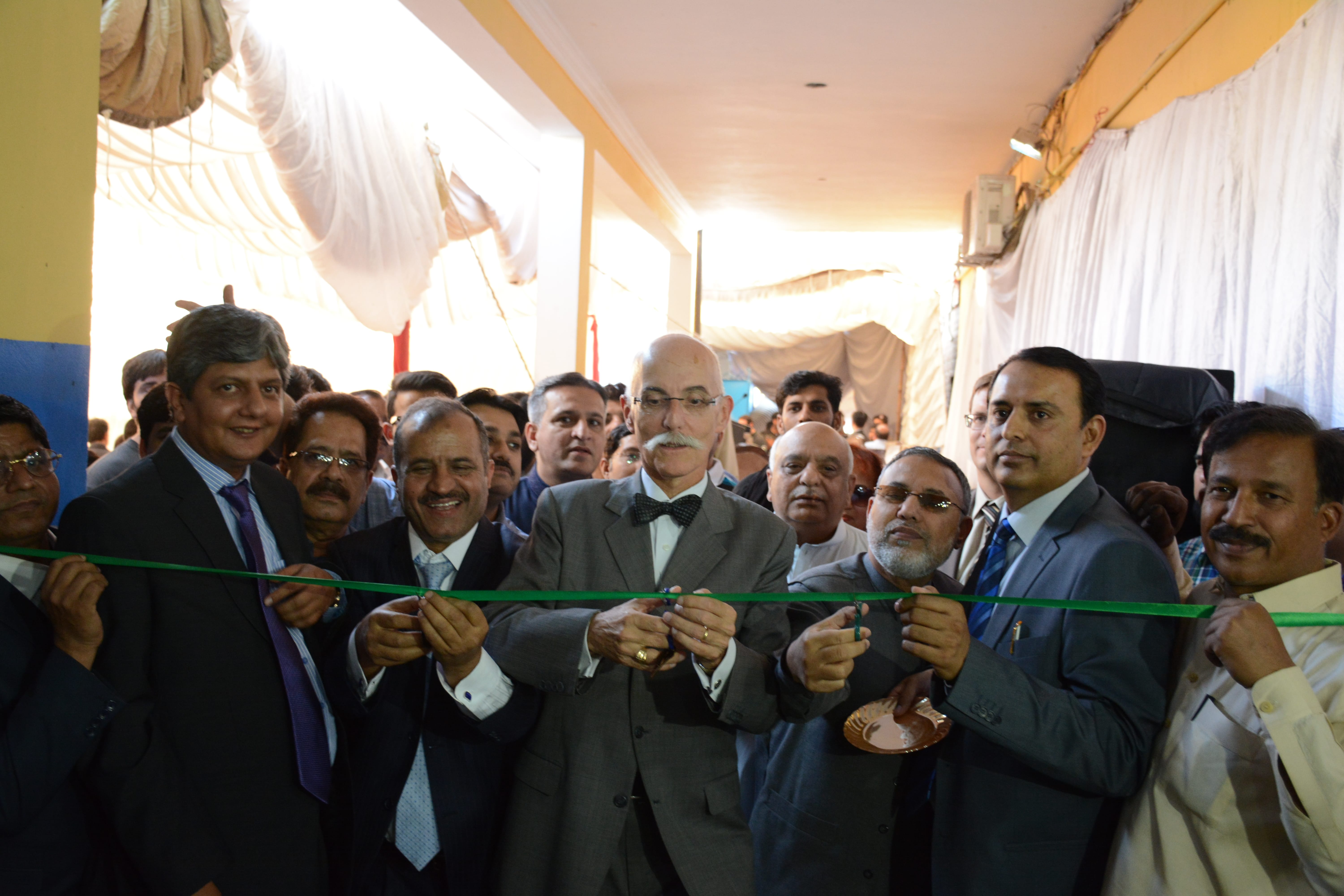 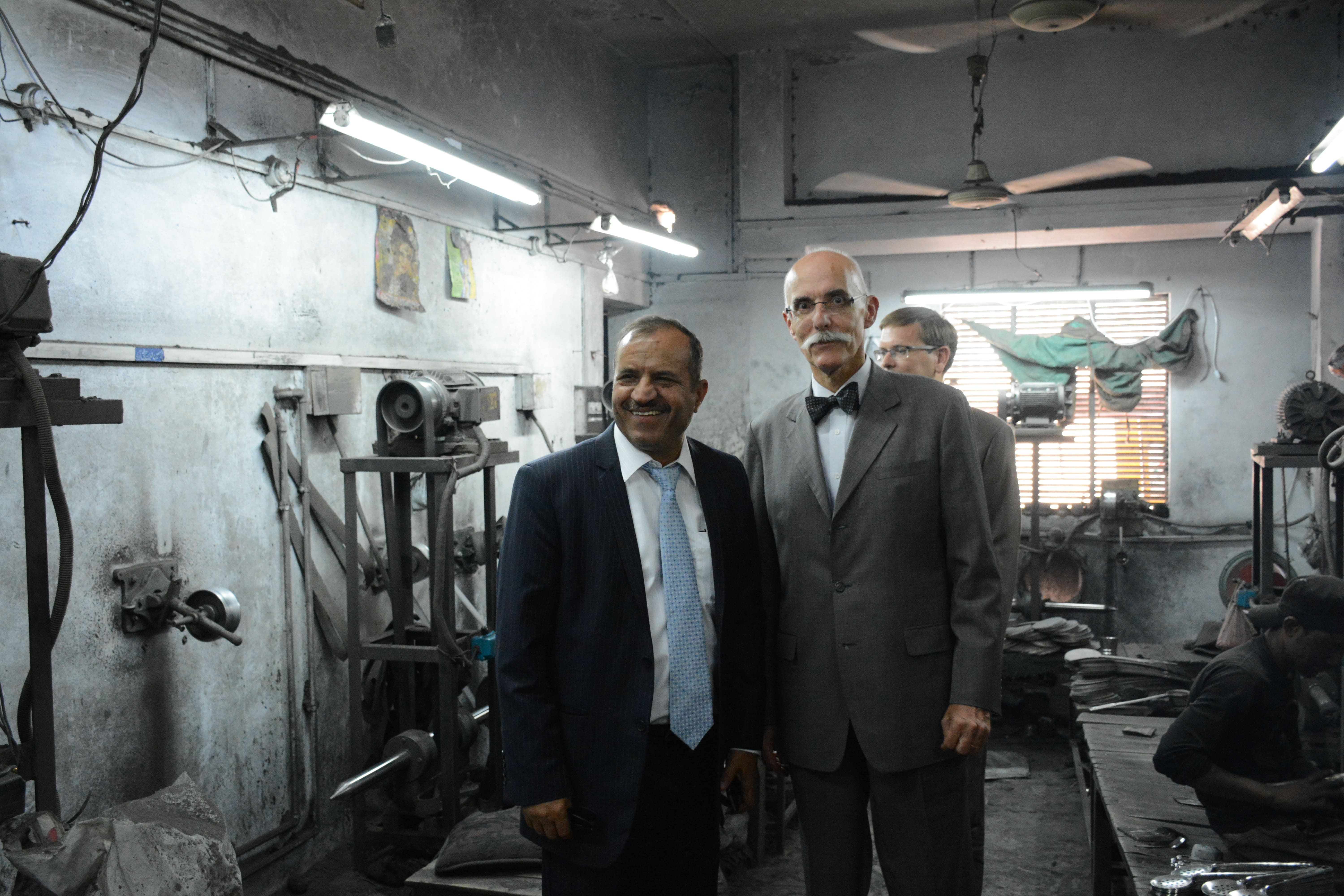 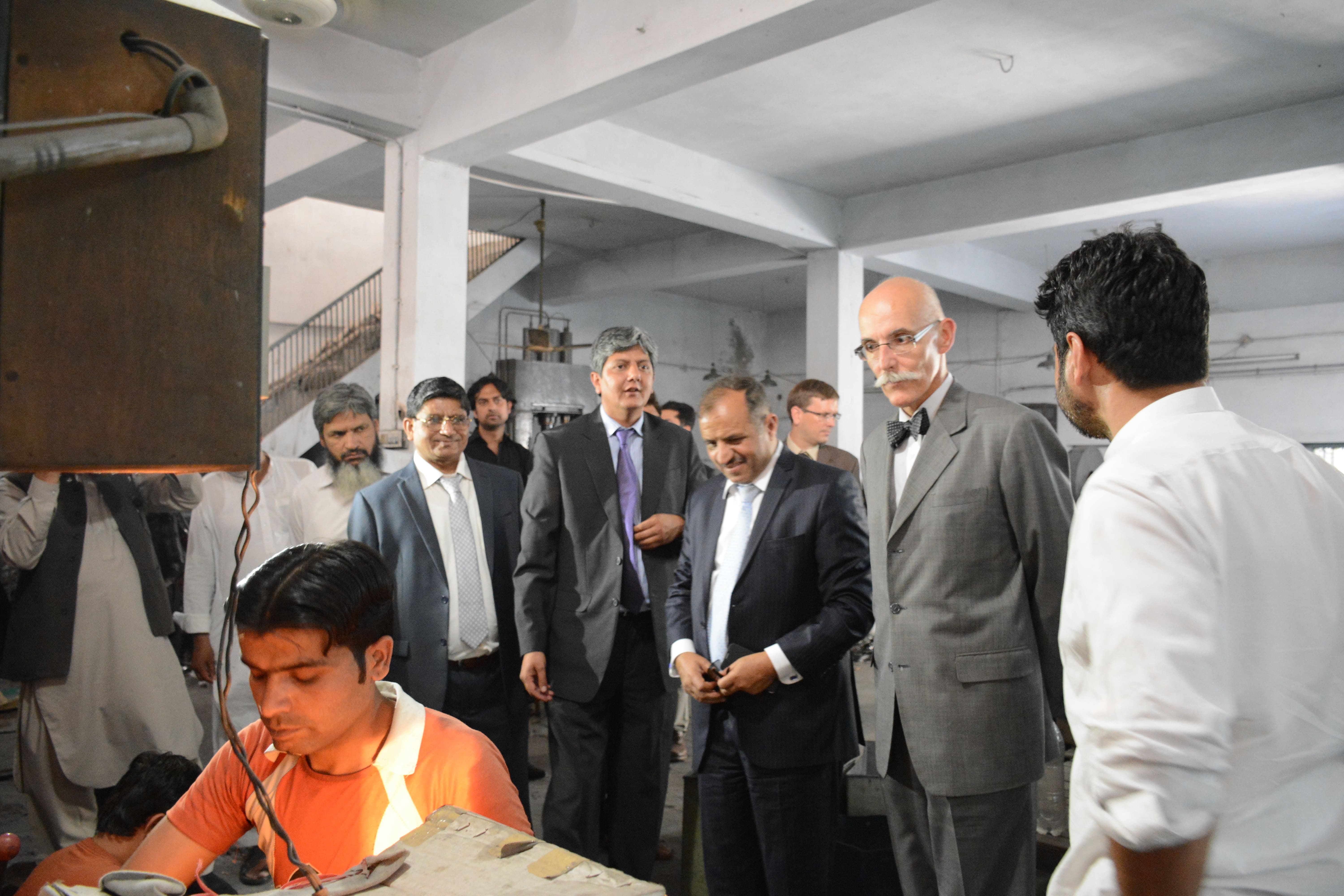 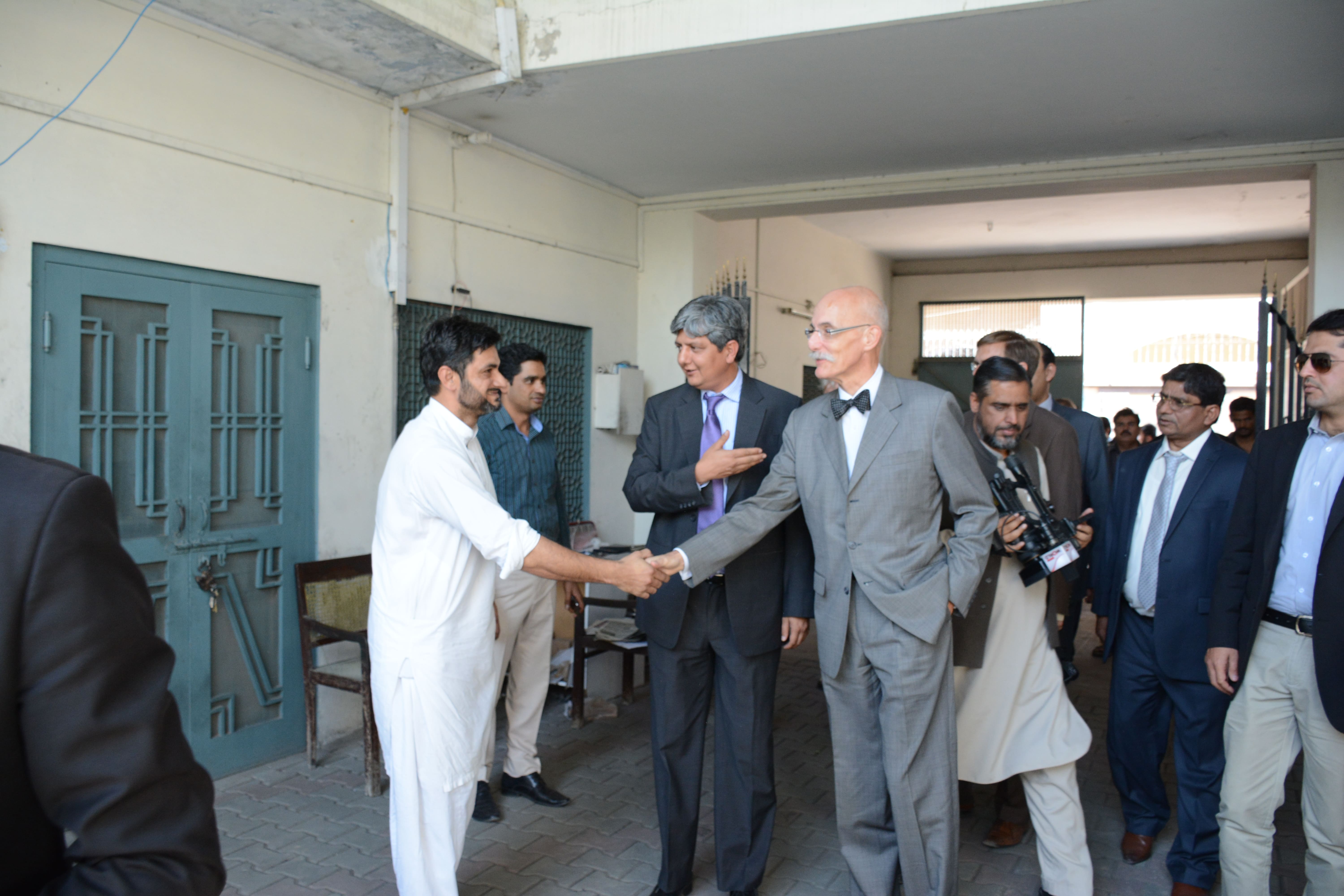